Men in Black, Independence Day, Hitch, Bad Boys, Ali and I Am Legend, Deadshot in the 2016 film Suicide Squad. 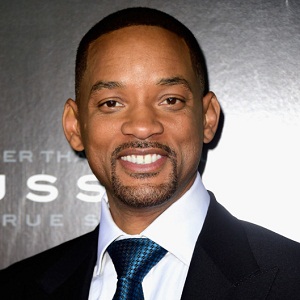 Quick Facts of Will Smith

Throughout life people will make you mad, disrespect you and treat you bad. Let God deal with the things they do, cause hate in your heart will consume you too

Too many people spend money they haven't earned, to buy things they don't want, to impress people they don't like

they merely amplify what is already there.

Relationship Facts of Will Smith

Will Smith had an affair with Karrine Steffans-McCrary which The couple had an encounter together in the past. Later on, he dated Tyra Banks and Garcelle Beauvais. Will started dating Zampino in 1991 and married her in May 1992.

Together, they had a son, Trey Smith. The couple divorced in December 1995. Smith had around 10 months-long relationship with Nia Long.

Who is Will Smith?

Will Smith is an American actor, producer, rapper, and songwriter who cast the character Deadshot in the 2016 film Suicide Squad.

He is well-known for his roles in Men in Black, Independence Day, Hitch, Bad Boys, Ali and I Am Legend.

He was born on 25 September 1968, in Philadelphia, Pennsylvania, USA. His mother’s name is Caroline Bright and his father’s name is Willard Carroll Smith, Sr. He has three siblings, Pam Smith, Harry Smith, Ellen Smith.

During his early life, he performed as a member of a hip-hop duo under the name The Fresh Prince. He brought up in the neighborhood of Wynnefield, along with younger siblings Harry and Ellen, as well as an older sister Pamela.

He was brought up in the neighborhood of Wynnefield. Along with younger siblings Harry and Ellen, as well as an older sister Pamela on completing high school.

Will went to the Overbrook High School and he got a scholarship to attend the Massachusetts Institute of Technology (MIT) in Cambridge, but he turned down the offer as he was not interested in going to college.

He rose from modest beginnings as the son of a school administrator and refrigerator engineer in West Philadelphia, to become one of the biggest actors on the planet.

Will Smith: Career, Salary, and Net Worth

During his career, Will Smith’s acting debut came in 1990 starring in the NBC sitcom The Fresh Prince of Bel-Air, which spanned six seasons and won several awards. Will Smith’s film debut with the drama Where the Day Takes You but kicked his career into high gear.

In 1993, Will made his debut in feature films with the movie Six Degrees of Separation’, co-starring Stockard Channing and Donald Sutherland. Smith never left music, and while working simultaneously on his films he released four solo albums, two of which have gone platinum.

He had numerous hit singles, among them “Men in Black,” and “Gettin’ Jiggy Wit It“. That movie helps Smith for earning two consecutive Grammy Awards for Best Rap Solo Performance. Smith nominated twice for an Academy Award, both for portraying real people, Muhammad Ali in Ali and Chris Gardner in The Pursuit of Happiness.

In addition to acting in, Smith has also produced several of his films including I Am Legend, Seven Pounds, and Hitch. Among his awards, Smith has two BET Awards, one Image Award, four MTV Movie Awards, and two People’s Choice Awards. During the next few years, he acted in movies like ‘I, Robot’, ‘Shark Tale’, ‘Hitch’ and ‘Pursuit of Happiness’.

Recently, in February 2015, Smith has starred in a movie called ‘Focus‘. Where he plays the male lead opposite Australian actress Margot Robbie. Another film, ‘Concussion’, co-starring Alec Baldwin, has slated for release later this year.

He has also established an elementary school, ‘New Village Leadership Academy’, in California, along with his wife. Jada has donated 1.2 million dollars to the educational institution. Smith played a very important role as the character Deadshot in the 2016 film Suicide Squad.

Will Smith: Rumors and Controversy/Scandal

There are rumors that he had an affair with his girlfriend named Debbie Allen. In the year 2011, there were gay rumors of Will Smith, who was rumored to be dating another American actor Duane Martin.

Recently, August Alsina claimed that he has an affair with Will’s wife Jade. However, both of them claimed this news is not true.

Will Smith has a perfect height standing at 6 ft 3 inches tall and his total body weight is 82 kg. He has a black hair color with dark brown eye color.

Photos of Will Smith