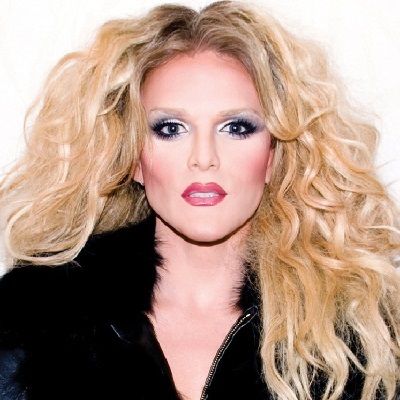 If you've got a check, I've got a talent.

I tend to think emotions are for ugly people.

I'm not gonna RuPaulogize for anything I'm doing right now.

What is the relationship of Willam Belli?

Willam Belli is openly gay and happily married to Bruce Bealke. Bruce is a lawyer and a software developer. William met him for the first time when he was nineteen years old.

Willam and Bruce exchanged vows on September 9, 2008, after dating for more than six years.

Who is Willam Belli?

Willam Belli is an American Actor and Model. She is also a drag queen, reality television personality, author, YouTuber, and recording artist.

Willam Belli was born as Willam Bart Belli on 30 June 1982, in Philadelphia, Pennsylvania, US.

She is the youngest child of her parents. His father worked at the Kennedy Space Center. She has a sister who is 18 months older than her.

Willam was overweight when she was young and hence turned into a vegetarian to lose weight.

At the age of 18, Willam Belli made her debut on television on the game show ‘Street Smarts’. She has played roles in Films, Television shows, and web series. She has appeared in many music videos as well.

Albums and some Singles

She also has a biography named Suck Less: Where There’s a Willam, There’s a Way.

In 2012, she was nominated for the ‘Most Addictive Reality Star’ award for her role on ‘RuPaul’s Drag Race’.

She was also nominated for ‘Indie Series Awards in the ‘Best Guest Actor’ category for ‘Eastsiders’.

Willam Belli’s height is 5 feet 10 inches and weighs 81 kg. She is a blue-eyed blonde.

She also has her own YouTube channel with over 938k subscribers.