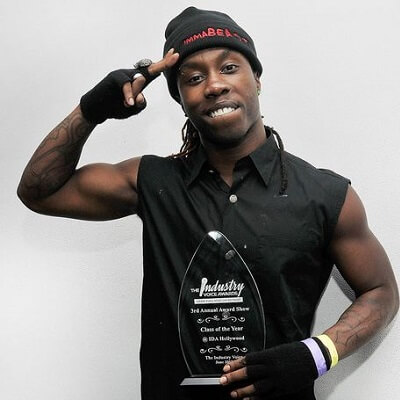 Willdabeast Adams is married to Janelle Ginestra. The couple met in October 2009 at a dance rehearsal. Both of them share a passion for dancing.

Both of them are choreographers and are partners for each other. They dated for several years before Adams proposed to her in May 2017.

More than a year later, the couple got married in September 2018. The wedding was in Huntington Beach, California in the presence of close friends and family members.

The couple performed a stunning 8-minute dance as the ‘first dance’ on the occasion. But by the reports, they are now living apart.

Willdabeast Adams is an American professional dancer and choreographer who specializes in hip-hop. Moreover, he is also a YouTuber with more than 2.2 million subscribers on his channel.

Willdabeast Adams was born as William Adams on September 6, 1988, in Indianapolis, Indiana. As of 2020, his age is 33. He has not revealed anything about his parents.

Also, there is no information about his siblings and other family members. He spent his childhood days in Indiana.

There is no information about his educational background. He has not revealed which school or college he went to. However, he does seem to be a well-educated man.

Willdabeast Adams started his professional dance career by joining the Indianapolis dance crew, ‘Destined 2 Be‘. The group went on to win the Indiana Black Expo twice in a row and earned a perfect score at both appearances.

A year later, his crew gained huge attention by making it through two rounds of America’s Got Talent. This changed his life and he performed with Jason Derulo, T-Pain, and appeared in commercials and movies. Moreover, he also made an appearance as a guest choreographer in ‘So You Think You Can Dance.

In 2013, he created the immaBEAST dance company. Two years later, he turned the annual ‘imma beast audition into a dance training and workshop routine.

The five-day convention is held each year in California and offers four workshop sessions with the top choreographers in the dance industry. The ‘imma beast audition is held on the fifth day.

In 2017, he started a dance studio named ‘IMMA SPACE.’ Currently, he also works with the Millennium Dance Complex, choreographs with his dance partner and wife, Janelle Ginestra.

Willdabeast Adams has an estimated net worth of around $100k-$1 million. However, he has not revealed his salary.

With his Youtube channel, he earns in the region of $50k annually according to some sites but this has not been confirmed yet.

There are no rumors about him. Also, he has not been a part of controversies. He has not done anything controversial so far.

He stands at a height of around 5 feet 8 inches. Similarly, he weighs around 78 kg. He has black hair and brown eyes.

Also, he is on TikTok that has more than 3.5k fans.

You may also like to read Anna McNulty, Marius Iepure, Sissy Sheridan, and more.