William Brent is not married yet.

He is supposed to be dating American actress, Angela Moreno since July 25, 2014. However, they have not revealed any future plans, they are enjoying the current relationship. 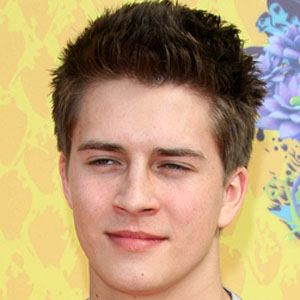 Who is William Brent?

William Brent is an American actor, Musician, and Voice Actor who is well recognized for portraying the role of Chase Davenport in the Disney XD the sitcom, ‘Lab Rats’ and ‘Lab Rats: Elite Force’.

He was born on October 15, 1995, in Palm Beach Country, Florida, USA. His birth name is William Brent Unger and he is currently 23 years old.

William holds American citizenship but his ethnicity is unknown.

Talking about his education, he completed his high school graduation in the year 2011.

William began his acting career after completing acting classes. He made his debut in the ‘Seven’s Eleven: Sweet Toys’ in 2006 in which he portrayed the role of Frankie.

He appeared in the film ‘National Treasure 2: Book of Secrets’ in the same year.

William made his appearance in the films as Young Rock Slyde in ‘Rock Slyde’, Young Chev Chelios in ‘Crank: High Voltage’, Zack Taylor in ‘Monster Mutt’, Ben Olsen in ‘You Again’ and many more.

He appeared in the comedy ‘Paved New World’ in 2018 alongside Claudia Lee and Tilky Jones.

His notable television roles include Connor Stephens in an episode of ‘Mental’ in 2009, giving the voice of Bradley ‘Brady’ Kingston in ‘Fish Hook’s, Chase Davenport in the Disney XD series ‘Lab Rats’ from 2012 to 2016, and reprised the role in ‘Lab Rats: Elite Force’ in 2016.

As of 2022, he has an estimated net worth of around $4 million, which he earned from his acting and musical career.

There is a rumor that he is having an affair with singer Alli Simpson but neither of them has talked about the rumor.

He has a height of 5 ft. 8 inches and he has dark brown hair and light brown eyes.

Other information regarding his weight, chest size, dress size, etc. are unknown.

Lauren Conrad heads far away Hills for Babymoon Gateway and bares Baby Bump in Bikini… Continue reading to know all the details!!