William Petersen is an American actor and producer. He is best known for CSI: Crime Scene Investigation. He is married and has three kids. 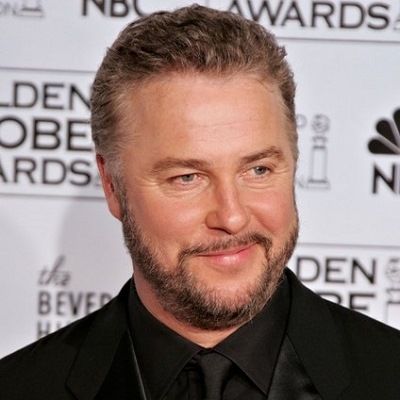 "Their argument was, Everybody else is going to start copying the show, so why not us? My attitude was, Well, then let everybody else do it. Don't rip yourself off." (On the network and producers' decision to create the CSI spin-off series, CSI: Miami (2002)).

"Theater in Chicago will always be my first love. It started careers for me and about 50 of my friends. We all love coming back. As soon as the TV show is over, I'll be back in Chicago, doing live theater." (on what he plans to do after "CSI")

I had to actually kill off the character. I cut off most of my hair and dyed it blonde. I changed my whole look just to get rid of him.

William Petersen married Joanne Brady in 1974, but the marriage didn’t last long so they decided to separate in 1981. The couple had a child namely, Maite Petersen.

Then, he married Gina Cirone on June 14, 2003. The couple has twins(son and a daughter) via surrogacy in June 2011, whose names are kept private.

Moreover, the rep said that they were born premature and now their health has improved.

Who is William Petersen?

William Petersen is an American actor and producer. He is best recognized for appearing as Gil Grissom in CBS’ drama series ‘CSI: Crime Scene Investigation,’ for which he earned a Golden Globe Award nomination and a Screen Actors Guild Award.

He also garnered three Primetime Emmy Award nominations as the producer of the show.

William Petersen was born in Evanston, Illinois, the United States on February 21, 1953. His birth name is William Louis Petersen and he is currently 67 years old.

Moreover, he is a big fan of the Chicago Cubs.

Talking about William’s education history, he graduated from Bishop Kelly High School in Boise, Idaho, in 1972.  He was accepted to Idaho State University on a football scholarship.

Talking about his profession, in 1985, William Petersen received his first break when he played a Secret Service agent gone rogue to avenge his mentor in William Friedkin’s 1985 action film To Live and Die in L.A. In the year 1986, he played FBI agent Will Graham in the first Hannibal Lecter film, Manhunter.

Likewise, he also claims to have done this because, while rehearsing for a play in Chicago, his dialogue was always coming out like Graham’s; he dyed his hair so he could look in the mirror and see a different person. Additionally, he declined a part in Oliver Stone’s Platoon, as it would have kept him in the Philippines, away from his family.

Instead, he worked on the 1987 HBO made-for-TV movie Long Gone a minor league baseball player and manager named Cecil “Stud” Cantrell. In addition, Petersen was offered the role of Henry Hill in the film Goodfellas but turned it down. In the year 1990, Petersen also portrayed the infamous Patrick Floyd “Pat” Garrett in Young Guns II.

Similarly, in 1993, Petersen appeared in a CBS TV miniseries, Return to Lonesome Dove as former Ranger Gideon Walker. Also, he played Steven Walker in Fear (1996). In fact, Petersen played Governor Jack Hathaway, an unscrupulous candidate for vice president following the death of the incumbent, in The Contender in 2000.

Whereas, he appeared uncredited in the noir thriller Mulholland Falls as a character who finds himself on the violent receiving end of a Los Angeles police squad’s tactics. Likewise, in 1999, he starred in Kiss the Sky as “Jeff”.  He appeared as part of an all-star cast in a remake of the 1997 film 12 Angry Men.

On May 30, 2007, he was at Wrigley Field to join WGN radio sportscasters covering a Chicago Cubs–Florida Marlins game, and he mentioned he had seen CSI: The Experience at the Museum of Science and Industry (Chicago) on the South Side of Chicago.

Moreover, Petersen renewed his contract with CBS to appear on CSI for the 2008-09 season, reportedly for $600,000 per episode. He remained an executive producer of the show. Therefore, he reprised his role of Gil Grissom in the eleventh-season episode “The Two Mrs. Grissoms” (aired February 3, 2011).

He won Outstanding Performance by an Ensemble in a Drama Series for CSI: Crime Scene Investigation (2000) at Screen Actors Guild Awards.

William Petersen has a height of 5 feet 10 inches and he weighs is 76 kg. His hair color is salt and pepper and his eye color is blue.

Also, read the affair, salary, the net worth, controversy, and the bio of Wes Brown, Kristoffer Cusick, and Marg Helgenberger.