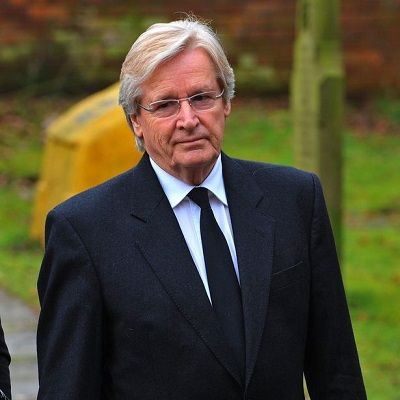 If someone has done something wrong, the law will take its course. But even so, all of us, whatever, whether they are proven guilty or not, we should not be judgemental about anybody, ever. We shouldn't go around condemning, unforgiving

I love Coronation Street. I've given 53 years of my life to it, and I do love it. I'm very proud of it.

Roache was married to his second wife Sara McEwan Mottram. The two tied their knots in 1978. However, unfortunately, Sara passed away on 7 February 2009 at their home at the age of 58. The couple had a daughter named Verity and a younger son, the actor James Roache and Edwina Roache. His second daughter Edwina died on 12 November 1984 with only 18 months old.

He was previously married to Anna Cropper from 1961 until their divorce in 1974. Roache has a son, the actor Linus Roache and a daughter Vanya with Anna. His daughter Vanya died at the age of 50 on March 2, 2018.

Who is William Roache?

William Patrick Roache MBE is a famous English actor. He is best known for his act as Ken Barlow in the soap opera coronation street.

The Guinness World Record listed him as the longest-serving male television star in a continuous role.

Born on 25 April 1932, Basford, Nottingham, Roache’s current age is 87. His parents are Hester Vera and Joseph William Vincent Roache and he grew up in nearby Ilkeston, Derbyshire and attended a Steiner school set up by his grandfather in the garden of the family and later continued his education at Rydal School in North wales. There is no information about his siblings.

William Roache is of British nationality. Similarly, his ethnicity is English.

Roache joined the British army and was commissioned into the royal welsh fusiliers in 1953. A year after joining the British army, he promoted to the rank of lieutenant. In 1956, he left the army with the rank of captain. Roache suffered from tinnitus due to an exploding mortar round.

William grew up in Ilkeston, Derbyshire and attended a Steiner school run by his grandfather. Later Roache attended Rydal Penrhos School in Colwyn Bay, North Wales before he left for the military.

In 1956 Roache left the army and started acting. The English actor first started with small uncredited roles in several films and television serials including Knight Errant Limited and Skyport. Roache played his first leading role in a Granada Television play called Marking time. The creator of Coronation Street, Tony Warren saw him and found him right for the character Ken Barlow which he is best known for.

After his role in Coronation Street, he appeared on many shows like Celebrity stars in their eyes, Ant & Dec’s Gameshow Marathon, All-star Family Fortunes.

Roache wrote a biography entitled ‘soul on the street’. It focused on many of his life experiences and contains a significant amount of philosophical content. On 26, September 2012, the BBC series Who Do You Think You Are? featured Roache where they researched his family history. Roache is currently Coronation Street’s longest-serving actor, having been on the show since day one.

Roache is currently the world’s longest-serving television actor in a  continuous role. In 1999 Roache was the recipient of the British Soap Awards lifetime achievement award for his role as Ken Barlow.

The 2001 New year Honours awarded the  English soap actor an MBE. In March of 2007, the University of Chester awarded him the Honorary Degree of Doctor of Letters in recognition of his contribution to television.

Roache’s estimated net worth is around $5 million according to the online sources. His annual income/salary is $808,333 which is all earned from his professional career as a veteran actor.

His primary source of income is acting.

William Roache has been involved in a huge controversy. The Soap opera actor was allegedly accused of sexual assault and rape of five women in the 1960s and 70s. Five underage girls accused Roache of exploiting his fame to rape them.

The court finally removed charges pressed against him and declared him not guilty after a three and a half week trial and investigations.

Roache stands at a height of 5 feet and 9 inches tall. There isn’t much information regarding Roache’s weight and other body measurements. William Roache has salt and pepper hair and blue eyes.

Also know more about the early life, career, net worth, relationships, and controversies of other models, singer, and actress including Oliver James, Rufus Sewell, Daniel Sharman.

Julie Yip-Williams dies at 42. Know more about Candid Blog writer’s journey in life and Messages she left for her children!