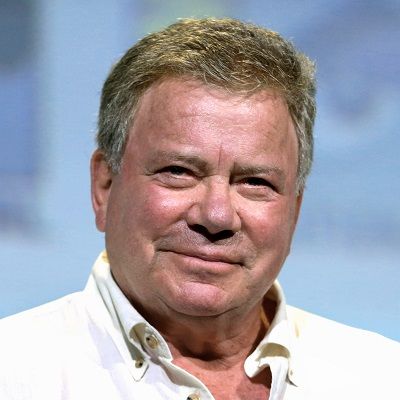 If saving money is wrong, I don't want to be right!

We meet aliens every day who have something to give us, they come in the form of people with different opinions.

William Shatner’s relationship status is married to Elizabeth Shatner since 2001. She is a horse trainer.

He was married to Nerine Kidd earlier. Unfortunately, she died in an accident on August 9, 1999.

William was also married to actress Marcy Lafferty in 1973, whom he met while working for Star Trek. The couple got divorced in 1996.

Shatner was first married to actress Gloria Rand in 1956. He has three children from this marriage Melanie Shatner, Lisabeth Shatner, and Leslie Carol Shatner. The couple got divorced in 1969.

Who is William Shatner?

William Shatner is a Canadian actor. He is also a singer and a comedian.

Shatner initially started off as a stage actor before graduating into television.

William’s career changed completely when he got the role of the iconic Captain James T.

His performance was widely appreciated and also brought plenty of accolades.

William Shatner was born on March 22, 1931, in the Notre-Dame-de-Grace, Quebec, Canada. He belongs to the Jewish ethnicity. Moreover, his Zodiac sign is Aries.

In 1949, William joined his Bachelor in Commerce degree in Economics from McGill University Faculty of Management and in 1952, he graduated from the University.

In 2011, the University also awarded him an honorary Doctorate of Letters.

William Shatner made his film debut in 1951 from a Canadian film Butler’s Night Off.

In 1952, he started working as the business manager for Mountain Playhouse located in Montreal, after graduating from the University.

In early 1954, he started performing at the Stratford Shakespeare Festival in Ontario. He appeared in the minor roles in the theatrical performances.

In 1966, William landed the role of James T. Kirk in the Star Trek. He was contracted to play in the three series of Star Trek from 1966-1969. The series became a bonafide cult classic accumulating fans and praises from around the globe.

After the series got canceled in 1969, it was difficult for William Shatner to find a job. Later on, he got roles in ‘schlock’ films such as Big Bad Mamma in 1974 and the horror film The Devil’s Rain in 1975.

William Shatner is an entertainment icon. Besides acting, he has written a series of sci-fi books. The TekWar series, Star Trek Series, War Series, Quest for Tomorrow series, is penned by him.

In 2005, William was awarded both the Golden Globe and the Emmy award for the best supporting actor for his portrayal of Denny Crane in the show ‘Boston Legal’.

William Shatner’s Salary and Net Worth

William has light brown hair with hazel eyes. His height is 5 ft and 10 inches.

You may also like to read about Caitlin Doughty, Kim Basinger, Mitch Holleman.