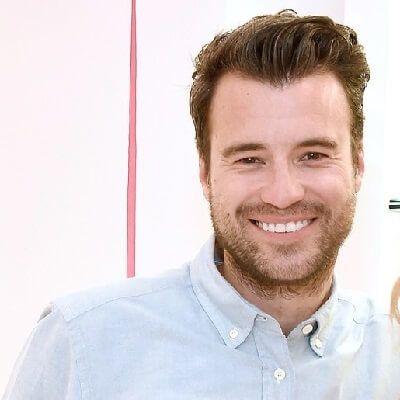 William Tell is a married man. He is married to fashion entrepreneur and former reality TV star, Lauren Conrad. Lauren first saw Tell when she was 16. William was performing with his band and Lauren was in the audience. Ten years later, in 2012, their friends set them up on a blind date.

The couple instantly clicked and began dating seriously. After just about a year, the couple got engaged in October 2013. After exactly a year, the couple exchanged wedding vows on 13 September 2014 in the presence of close friends and family on the California coast.

From their marriage, they have two sons. They had their first son, Liam James in 2017. In April 2019, Lauren announced her pregnancy with a photo of her baby bump on Instagram. In October 2019, she announced with an Instagram post that she has given birth to their second son, Charlie Wolf Tell.

Previously, he was in a relationship with Brittany Snow.

Who is William Tell?

William Tell is an American musician. He is a former rhythm guitarist and back vocalist of the American rock band, Something Corporate. After leaving the band, he started his solo career and released his own album,’ You Can Hold Me Down’.

William Tell was born as William Jon Tell on February 7, 1980, in Mission Viejo, California, USA. As of 2021, his age is 41. His father’s name is also William Tell. However, there is no information about his mother.

He learned to play guitar from his father when he was still just a child. He was interested in music from an early age and started writing songs even as a kid. Tell does not have siblings.

Talking about his education, Tell had completed his high school studies and then started pursuing his career in music. However, in 2014, after taking a break from music and attending the University of Southern California Gould School of Law, he graduated with a J.D. degree.

William Tell replaced the band, Something Corporate’s rhythm guitarist, Reuben Hernandez on March 27, 2001. They signed with MCA Records and Drive-Thru Records and went on to release their EP, ‘Audioboxer’ in 2001.

The EP received a positive response and they promoted it in the US with tours, in-store performances, and a TV appearance on The Late Late Show with Craig Kilborn. It also contained their hit single, ‘If U C Jordan’.

In May 2002, they released their debut label album titled, ‘Leaving Through the Window’ which included the hit singles, ‘I Woke Up in a Car’ and ‘Punk Rock Princess’. The album was a hit and it peaked at number one on the Billboard Top Heatseekers chart in addition to being placed at number 101 on the Billboard 200

In October 2003, they released their second full-length record called ‘North’. It debuted at number 24 on the Billboard 200 and promoted the album with an appearance on ‘Jimmy Kimmel Live!’. In February 2004, William Tell officially left the band to pursue a solo career.

His first song was ‘Radio Sound’. The drummer of his former band, Brian Ireland also helped him in the recording process.

Tell has not been involved in any controversies. He has been able to keep himself away from any type of controversy and scandal. So far, he has not done anything controversial in his career. Similarly, there are no rumors about him of any kind.

William stands at a height of around 5 feet 9 inches. He weighs around 75 kg. He has brown hair and brown eyes.

Unlike his other half, William is absent from social media sites. He is not active on Facebook, Instagram, and Twitter. His wife, Lauren has millions of followers on social media and she usually posts pictures with him and their whole family.

You may also like to read the Bio, Body Measurements, Career, Net Worth, Social Media, Relationships, and more about Slade Smiley, Carvin Winans, Nick Cordero, and more.

Danny Fujikawa
Tags : American Musician North You Can Hold Me Down