Willie Cauley-Stein is an American professional basketball player. He is currently in a relationship. 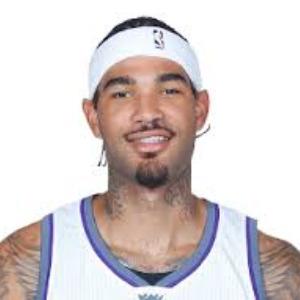 I got some skills I can build on

I can be an all-around player

I have a mental coach, which is super cool, but it's also kind of eerie at times

When I get to Sacramento, I'm going to work my tail off trying to become a complete player and hopefully bring a championship to the city.

What is the relationship of Willie Cauley-Stein?

Willie Cauley-Stein is said to be dating Kelsey Brooks who herself is a basketball player and plans someday to make it to the women’s NBA draft.

There has been to news about any fights or lurking splits in their relationship.

Who is Willie Cauley-Stein?

Willie Cauley-Stein is an American professional basketball player. He was drafted in round 1 with an overall pick rank of 6 and plays for the Sacramento Kings.

He has won several honors and awards for his excellent performance on the court.

Willie Cauley-Stein was born on 18 August 1993 in Spearville, Kansas, United States. His nationality is American and his ethnicity is Mixed (Jewish White, and African).

Willie Cauley-Stein was born to Marlene Stein and Willie Cauley. Both had met at Dodge City during their high school days when they represented their respective schools in basketball.

They are never married. Willie Cauley-Stein was raised in a single-parent household. His mother, Marlene Stein had long work hours and could not be with her 2 sons, Bryce and Willie.

She took up work as a dental assistant in Oklahoma City. Her working hours were long and she used to leave her little ones at home unsupervised.

Fearing for the kids’ safety, their maternal grandparents, Val and Norma Stein decided to shift them to their own house at Spearville.

For their safety, Willie and his elder brother were shifted under the care of their maternal grandparents, Val and Norma Stein who left no stones unturned to see to it that their grandchildren received the right care, supervision, and discipline.

Willie Cauley-Stein was good at sports and his height came to his advantage. He played baseball, football, triple jump, fencing, paintball, and basketball. Though he did not like basketball much, he was chosen for it due to his good height.

To improve his grades, it was advised that Willie Cauley-Stein should go to Olathe Northwest High School and stay with the Shields family.

It was here that discipline and hard work were instilled into his life. He also met good coaches who guided and steered his life towards stardom.

In 2013-2014 in his second year at college, his name was included in the All-SEC Defensive Team.

He won more honors and in 2015 he declared to enter the NBA draft list. He was chosen by the Sacramento Kings with the sixth overall pick.

His team recorded a win over the Los Angeles Lakers in 2015. He also acquired the NBA All-Rookie Second Team honors.

Willie Cauley-Stein’s defensive play and efficiency and energy have made him stay put in the Sacramento Kings team. He was deeply upset with Kanye West when he attended his show.

The anger was justified since everyone felt that they wasted their time and money on something which was not good. They could listen to only a few songs and most of the evening was spent listening to some bad things about Jay-Z, Beyonce, and others.

Willie Cauley-Stein himself has not courted any major controversy. There have not been any rumors floated around about him. He has overall a good performance with no rude criticisms.

As an honor to his mom and her great efforts in rearing him and his brother single-handedly, Willie 2015 changed his name and adopted his mother’s surname namely Stein.

Willie Cauley-Stein has a height of 7 feet and weighs 111kg.

His hair color is black and his eye color is dark brown. His shoe size is unknown. 3040613CBH

John Calipari-a great basketball coach in the making, his family ties and his controversies: Read about all here!