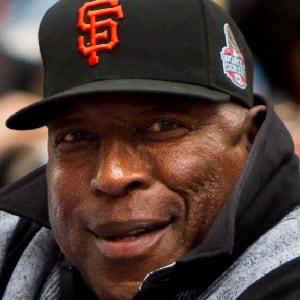 The professional athlete knows there's always another game or another year coming up. If he loses, he swallows the bitter pill and comes back. It's much harder for the fans.

Willie McCovey was initially married to Karen McCovey from 25 October 1964 to 10 October 1967. The pair had a daughter from this marriage named Allison McCovey.

McCovey later married Estela Bejar on 1 August 2018. They were together until Willie’s death on 31 October 2018.

Who was Willie McCovey?

Willie McCovey was an American Major League Baseball first baseman. People mostly know him for his long tenure as one of the baseball’s greatest stars with the San Francisco Giants. He lashed 521 home runs, 231 launched in Candlestick Park throughout his career.

McCovey was born as Willie Lee McCovey in Mobile, Alabama on January 10, 1938. He was born to parents Frank and Esther McCovey. His father worked as a railroad worker. Due to his parent’s poor economic condition, Willie began working part-time at the age of 12. He is of American nationality. Furthermore, he belongs to the African-American ethnic background.

Talking about his education, McCovey dropped out of high school without graduating.

McCovey was initially invited to a New York Giants tryout camp in Florida. Additionally, he later played for a San Francisco Giants’ farm club in Dallas. Eventually, he made his Major League debut on July 30, 1959. In the year 1969, he hit 45 home runs, had 126 RBI and batted .320. In addition, he was the National League MVP the same year. Furthermore, Willie played for the San Diego Padres and Oakland Athletics from 1974 to 1976. After returning to the Giants in 1977, he began as the active home run leader with 465.

McCovey has not revealed his current salary. However, he has an estimated net worth of around $ 10 million at present.

McCovey was involved in a controversy in 1996 after he pled guilty to federal tax fraud charges. Later, received a pardon from President Barack Obama on January 17, 2017.

Talking about his body measurement, McCovey had a height of 1.93 m. Additionally, his hair color and eye color was dark brown.