Willie Nelson is Singer and Musician. He is married and a father of four.

Willie Nelson is married to Annie D’Angelo. They were married in 1991. Together they have two children, Micah Nelson, and Lukas Nelson.

Previously, he was married to actress, Connie Koepke. They were married in 1971 and separated in 1988. Together, they have two children, Paula Nelson, and Amy Lee Nelson.

Prior to this, the singer was married to country singer, Shirley Collie Nelson. There married in 1963. However, they were divorced after 8 years. On January 27, 2010, she died in Springfield, Missouri, United States.

His first wife is Martha Matthews. They were married in 1952. However, they parted ways after 10 years of marriage. Together they have three children, Lana Nelson, Susie Nelson, and Billy Nelson. 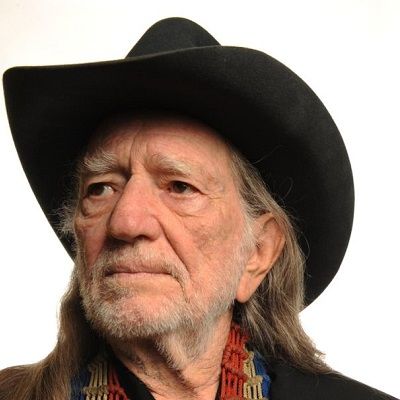 Once you replace negative thoughts with positive ones, you'll start having positive results.

When I started counting my blessings, my whole life turned around.

My doctor tells me I should start slowing it down - but there are more old drunks than there are old doctors so let's all have another round.

Who is Willie Nelson?

Willie Nelson is a Grammy award-winning Singer and Musician. He is also a former disc jockey, actor, and author.

Willie’s albums including Shotgun Willie and Stardust topped the charts.

Willie Nelson was born Willie Hugh Nelson on the 29th of April 1993 in Abbott, Texas to Ira Doyle Nelson and Myrle Marie- Greenhaw. They are of English-Scottish ethnicity. His father, Late. Ira was a mechanic.

He has a sister, Bobbie. She is a pianist.

His mother, Myrle left the family soon after his birth. His father Ira remarried. Later, he left him and his sister. Willie and his sister, Bobbie were raised together by their grandparents. They taught the siblings to Play the Guitar. His grandfather brought a Guitar at the age of six and taught him a few chords.

At the age of nine, Nelson used to play guitar for the local band, Bohemian Polka. Apart from it, he used to pick cotton and raise pigs for his living.

Nelson attended Abbott High School in his hometown. Later, in 195o he joined the US Army for about nine months. In 1954, he joined Baylor University and studied agriculture for two years.

-Started as a disc jockey

-September 1962, released debut studio album, …And Then I Wrote.

-1973, formed the band, The Family and released the album, Shotgun Willie.

In 1988, he published his first book, Willie: An Autobiography. 2003- The Facts of Life: And Other Dirty Jokes, 2006- The Tao of Willie: A Guide to the Happiness in Your Heart are some of his books.

-2012, the first recipient of the Lifetime Achievement Award by Music Association Awards.

-2015, Gershwin Prize by Library of Congress.

Apart from it, he earns through his musical tour and books. In October 2014, his braids were sold for $34k US.

In 2010, the singer was arrested due to the possession of six ounces of marijuana. He received bail after paying $2.5k US.