Willis Austin Chimano is a Kenyan musical artist and pop singer. He is currently single.

Willis Austin Chimano’s current relationship status is possibly single. He has not shared any details regarding his boyfriend or affair.

In Dec 2021, Willis came out from the closet and identifies himself as Gay. He released his song titled Friday Feeling for which he said tet it is the true representation of who he is. 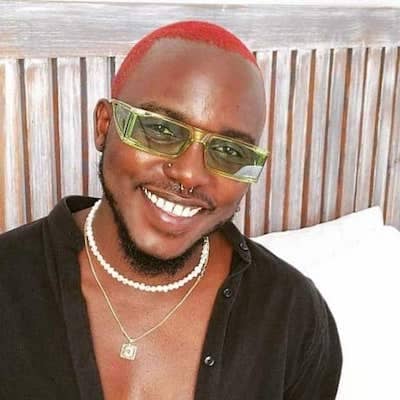 "It is the first time I am expressing myself in a song. You really get to know who Chimano is and that is a heavy crown to carry. It is just a representation of the underground ballroom culture within the queer community... which I am part of."

Who is Willis Austin Chimano?

Willis Austin Chimano is a Kenyan musical artist and pop singer. He is popular for being in the group of an Afro-pop band Sauti Sol.

His birthdate is 09 July 1987 and was born in Kenya. The name of his mother and his father’s detail is under the curtain.

Further, Chimano’s ancestry is African and has two sisters plus two brothers.

As per his academics, she went to Upper Hill High School. Then he went to the University of Nairobi to study Journalism and Media Studies.

Willis Austin Chimano along with other members formed a group in 2005 and named it Sauti Sol. It is an Afro-pop band based in Kenya and has a total of four people.

They are Bien-Aimé Baraza who is a songwriter, Savara Mudigi who is a vocalist & producer, and Polycarp Otieno who is a producer as well as composer. This group’s debut album was Mwanzo in 2008.

For the amazing performance of Willis and his team, they were nominated for awards like the African Music Awards, African Muzik Magazine Awards, BEFFTA Awards, BET Awards, and more.

By the reports of 2022, he has an estimated net worth of around $500k. But his monthly salary is under the rug.

This rapper plus songwriter is keeping himself away from scandals as well as rumors. But his revelation about sexuality has attracted the public’s attention.

Willis Austin Chimano’s height and body weight are of average shape. Additionally, he has dark brown eyes and has hair in black color.

Kenya singer Austin Chimano has come out as gay publicly!