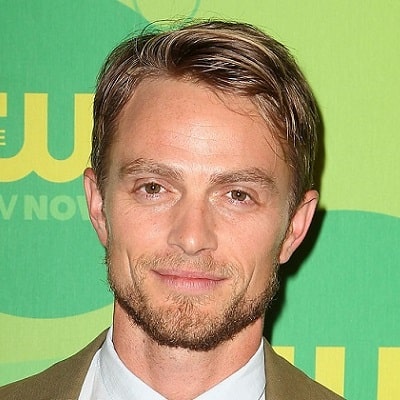 I do like all different kinds of sports and stuff. I've taken up gymnastics and slacklining - you know, tightroping, basically.

I collect records pretty assiduously, so I've got, like, a massive record collection. I still DJ.

I actually got fired from The O.C.

Wilson Bethel is currently living his single life. Because of his single status and absence of girlfriend in life, he is even speculated to be gay but the speculations can be easily swayed away by the proof of his past affair.

Previously, he dated the beautiful Hollywood actress Hassie Harrison. On 3 June 2013, in an interview with the Cosmopolitan Wilson, he even gushed about his love-life. He revealed that his girlfriend was his dream celeb.

Before Wilson got a chance to get married to Hassie and call her wife, the couple broke up, and since then, he is single.

After that, Hassie started dating ‘One Tree Hill’ Alum Austin Nichols and they even appeared at Oceana’s 11th Annual SeaChange Summer Party in Laguna Beach, California on 21 July 2018.

Who is Wilson Bethel?

Wilson Bethel is an American actor who is best known for his performance on Hart of Dixie and as Ryder Callahan on the CBS daytime soap opera The Young and the Restless.

He was born on 24 February 1984 in Hillsboro, New Hampshire, USA. Wilson was born to Steve Bethel (father) an artist and Joyce Maynard (mother) a columnist as well as a novelist.

He was raised along with his eight siblings out of which Audrey Bethel and Charles Bethel were his biological ones. His half-brother is Taj Estey-Bethel from his Dad’s second marriage and his step-siblings include Ray Mansfield, Kris Mansfield, and Kari Kasilowski Mansfield.

He holds American citizenship but ethnicity is a mix of Ashkenazi Jewish, English, and Welsh. Nothing is published about his academics.

Wilson Bethel began his television career with minor roles in programs like NCIS, Cold Case, and JAGS. He later landed a major role as an Army Special Operation Soldier in the Vietnam war film, 1968 Tunnel Rats.

Wilson rose to fame in 2008 from an HBO channel’s miniseries Generation Kill. Also, he made his appearances in the movie Stealing Summers in 2011, Wyatt Earp’s Revenge in 2013, and Inherent Vice in 2014.

He is also famous for his performances in TV serials like The O.C, JAG, Cold Case, Hart of Dixie, The Young and the Restless, and so on. He starred in the main cast of the series Daredevil from the year 2017 to 2018.

In addition, he also narrated the audiobook edition of the novel Labor Day by Bethel’s mother, Joyce Maynard.

Chance to play in Captain America

Wilson almost got the role of Captain America considers that it was the hardest moment of his career when he didn’t.

He had great hope and excitement to get the role but later realized that he wouldn’t get it after he got the knowledge that Chris Evans had also auditioned for the role.

Chris, who has much more acting credits and experience got the role, but Wilson didn’t let this affect him in a negative way.

Wilson Bethel has a height of 6 ft and weighs 80 kg. Also, he has hazel eyes and brown hair.