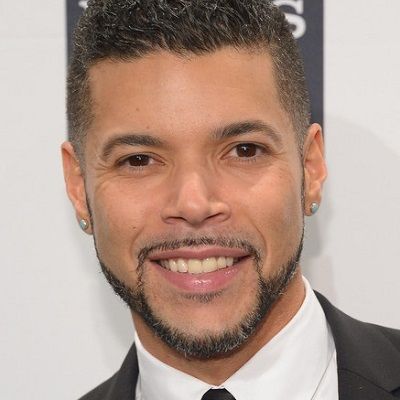 “People come up to me all the time to tell me how much the show and character affected them, and I always tell them it meant just as much to me. Because that role literally saved my life. It saved my relationship with my family, and it changed the trajectory of my career. It was an honor to play him.” "I don't know if I believe in role models," Wilson reflects. "We're all so different

we're all individuals. In the long run, that's what matters." ''When I was a teenager, in the '80s, it was 'Dynasty.'' ''It's important that we continue to uplift and strengthen our LGBTQ youth who are the future of our community and remind them that their voices are heard.''

In his rare free time, Wilson loves playing the saxophone. He likes to collect vintage black-and-white photos of actors and admires the work of Tom Hanks and Robert De Niro.

Who is Wilson Cruz?

Wilson Cruz is an American actor well known for playing Rickie Vasquez on My So-Called Life, Angel in the Broadway tour production of Rent and the recurring character Junito on Noah’s Arc and Dr. Hugh Culber on Star Trek: Discovery.

Wilson Cruz is also a producer, activist, and singer.

He is an openly gay actor who has served as an advocate for gay youth, especially gay youth of color.

Cruz was born as Wilson Echevarría on  December 27, 1973, in Brooklyn, New York, USA. He was born to Puerto Rican parents and have two younger brothers.

At the age of 10, he along with his parents moved to  Rialto, California, where he attended Eisenhower High School and graduated in 1991.

He then attended California State University at San Bernardino, where he was pursuing a double major in theater.

Revealed his sexuality to parents

At age 19, Cruz came out to his parents as gay, first to his mother and then his father. His mother was initially hurt and shocked but eventually accepted the news.

His father, however, threw him out of the house, and Cruz spent the next few months living in his car and at the homes of friends. Later, he reconciled with his father.

Then he moved to Hollywood seeking an acting career.

Cruz who was open about his sexuality from the beginning of his career was cast as Enrique “Rickie” Vasquez, a troubled, gay teen, in the short-lived, critically acclaimed cult classic TV series My So-Called Life. This made Cruz the first openly gay actor to play an openly gay character in a leading role in an American television series.

In 1996, he played a small role in the television movie On Seventh Avenue.

In 2000, he played Victor in the final season of Party of Five.

He also had a recurring role as Rafael de la Cruz on the series, Raising the Bar.

He is credited for his guest appearances on the series Sister, Sister, and Ally McBeal, Great Scott!, The West Wing, ER, Noah’s Arc and Grey’s Anatomy, The Closer, Monk, NCIS, Pushing Daisies, Single Ladies, The Finder, Shameless to name few and 13 Reasons Why to name few.

In 1996, he appeared with David Arquette as Mikey in Johns, about the day-to-day struggles of male prostitutes.

Cruz starred as Adrian in the film The Ode (2007), based on the novel Ode to Lata by Ghalib Shiraz Dhalla.

He also appeared/starred in the 2009 movie The People I’ve Slept With. He plays the openly gay best friend of a promiscuous woman who tries to find out who got her pregnant so that she can get married.

Cruz was awarded the 1997 Drama Logue Award for Performance and the 1998 Los Angeles Stage Alliance Ovation Award for “Rent” for Featured Actor in a Musical for “Rent” in a Center Theatre Group production at the Ahmanson Theatre in Los Angeles, California.

The 45-year-old actor’s net worth is estimated to be $2 million US.

Most of his earnings come from his acting. His annual salary is 50K.

Cruz has black hair with dark brown eyes. He is 5 feet and 9 inches tall and weighs around 75Kg.

Wilson Cruz as an activist

He has volunteered as a host for the Youth Zone, an online community at Gay.com.

He was also the Grand Marshal of the 1998 West Hollywood Gay Pride parade and the 2005 Chicago Pride Parade.

In 2008, he was the keynote speaker at the University of Illinois at Chicago’s Lavender Graduation and Rainbow Banquet honoring graduating LGBT students.

You may also know about net worth, body measurements and career of Max Jenkins, Juan Castano, and Wilson Bethel.