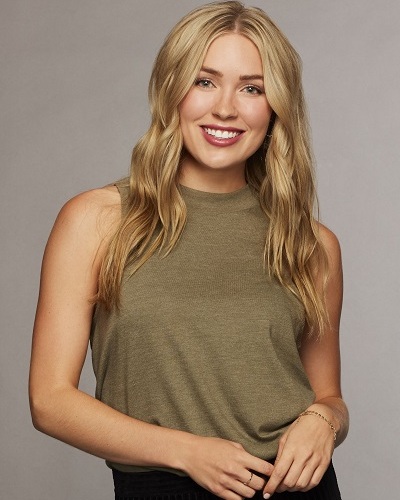 Colton Underwood and his choice on the show Bachelor

The hero of Bachelor shows Colton Underwood chose Cassie Randolph as the girl in his life at the end of the show’s season. But the relationship between Colton and Cassie had not yet grown strong enough.

Hence the circumstances forced the producers of this ABC show to provide the couple with a free engagement ring for the filming of the show.

It was a Neil Lane-created ring but when Cassie saw the ring, she did not like it. Hence, she returned it.

The ring was a double halo square cut ring. The host Becca Tobin described it as a Super Bowl ring. Colton immediately emphasized that he had not ordered that ring for Cassie. However, he also joined another host of the show in calling the ring an amazing one.

Colton gave a phone call to Cassie and Becca asked her whether she wants to change the ring for a better one of her choice. Cassie played diplomatically and said:

“I just have a particular idea in my mind.”

The engagement of Colton and Cassie is still not over.

The couple Cassie and Colton appeared on the show Jimmy Kimmel a couple of weeks ago. Jimmy had called Neil Lane and told him to provide another engagement ring to the couple when Colton proposes to Cassie in the future.

On the show Jimmy Kimmel, Cassie also disclosed that they are still in a phase in their relationship between dating and getting engaged.

About Cassie Randolph-life and career

Cassie Ann Randolph was born on 27 April 1995 in Huntington Beach, CA, USA. She is aged 23 years now and is the eldest of three children of her parents.

Cassie was a student of Berean Christian High School and Biola University. She holds a degree in communication sciences and disorders which she earned in 2016. In 2020, she will complete her Master’s in speech pathology at the University of Wisconsin-Eau Claire.

Click to read more about Former Bachelor star Bekah Martinez pregnant with her first child, she revealed during an interview with PureWow!

She started her reality TV career in 2016 with Young Once. In 2018, she was in Bachelor but left it since she felt that she was not ready for the engagement.

She rejoined when Colton said that he would not propose to her. But she was the winner of the show. They continue to be romantic partners but there is no engagement in the offing soon.

Click to know more about The Bachelor alum Ben Higgins is in a relationship again after his breakup with Lauren Bushnell!