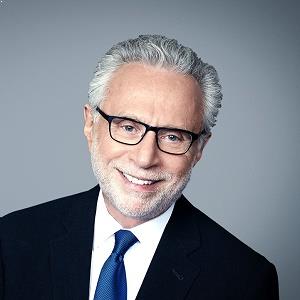 My inclination, as an old-school, classically-trained journalist, is not to go with a story unless I have it hard

It's not good enough to say something based on rumors that were flying around. We'll have to wait for the old-fashioned way

My rule of thumb is that if I am interested or intrigued by something, others will be as well.

What is the relationship of Wolf Blitzer?

Talking about the relationship status of Wolf Blitzer he is married to Lynn Greenfield. He married his love of life Lynn Greenfield after dating for several years in 1973. They have been married for more than 40 years and still, they are living a happy life together. He neither has any extra affair nor rumor on the separation of their happily married life. The couple is blessed with one daughter whom they named Ilana Blitzer Gendelman in 1981.

Who is Wolf Blitzer?

He is best known for his work as the host of the ‘The Situation Room’ and ‘The Wolf Blitzer program’. He is also known as a reporter for CNN since 1990 and also serves as the network’s lead political anchor.

Born as Wolf Isaac Blitzer in Augsburg, Germany on March 22, 1948, and raised in Buffalo, New York.

He was the son of a homemaker Celia Blitzer and a home builder David Blitzer. His parents were the survivors of the Holocaust.

He has a sister, Helena Blitzer, and does not have any brother.

He is born with a mixed ethnicity of German, Polish and Jewish and has German nationality.

In which school did Wolf Blitzer attend?

For his schooling, he attended Kenmore West Senior High School and joined the State University of New York-Buffalo where he received a Bachelor of Arts in history in 1970.

Then he studied at Johns Hopkins University School of Advanced International Studies to receive a Master of Arts in international relations.

After his graduation, he began his career in journalism and joined the Tel Aviv bureau of the Reuters news agency. Seeing his work he was hired as a Washington correspondent for English Language Israeli newspaper by the Jerusalem Post editor Ari Rath.

In 1986, he became the first journalist to interview Jonathan Pollard, an American Jew who was charged with spying for Israel. In May 1990, he started working with CNN as the cable network’s military affairs reporter.

While being on CNN, he and his team have covered the first Gulf War in Kuwait which made him a household name and won a ‘CableACE Award’.

Soon he became CNN’s White House Correspondent for which he had won an Emmy Award for the coverage of Oklahoma City bombing.  In 2000, he started hosting his own show ‘Wolf Blitzer Reports’.

Besides his journalism and television personality, he is also an author who has published articles for several Israeli –based newspaper.

In 1985, he published his first book ‘Between Washington and Jerusalem: A Reporter’s Notebook’. He has even appeared in the documentary ‘Back Door Channels: The Price of Peace’ in 2009.

How much is the net worth of Wolf Blitzer?

His success in his career has paid him well financially. Although it’s hard to put up an actual annual salary is estimated to be $5 Million per annum. His net worth is $79 million as of 2022.

He was once rumored to be possibly getting a changing role at the network. As the election results rolled in, Wolf Blitzer was criticized for his coverage of the election as CNN anchors Anderson Cooper and Jake Tapper stayed out of the limelight.

Wolf Blitzer has a height of 5 feet 10 inches and weighs 70 kg. He has a slim build. His hair is gray and his eyes are blue.

CNN News Anchor Kate Bolduan Has A Very Successful Career But What About Her Personal Life? Is She Single, Married Of Dating Someone?