Wolfgang Van Halen at present is in a relationship with a beautiful woman. He exchanged rings with Andraia Allsop with whom he was dating since 2015.

This couple shared their engagement news on 06 July 2022. Wolfgang recently posted a picture with his fiancee where they were facing the camera and Andraia is touching her face gently. 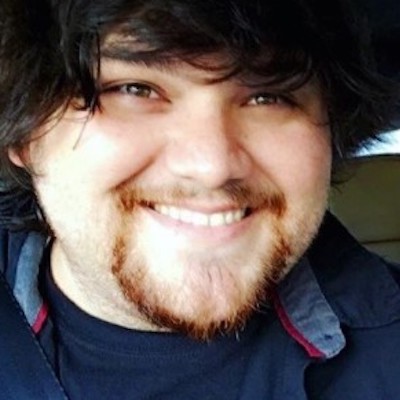 Who is Wolfgang Van Halen?

He is an expert in Hard rock plus heavy metal music genres and knows how to play guitar and bass.

His birthdate is 16 March 1991 and he was born in Santa Monica, California, the United States as Wolfgang William Van Halen. The name of his mother is Valerie Bertinelli and his father’s identity was Eddie Van Halen.

His dad was a famous American guitarist who passed away in Oct 2020. He was 65 years old and died after having a stroke at Saint John’s Health Center, Santa Monica.

Further, Wolfgang Van Halen’s ancestry is Caucasian, and is the only child of his parents As per his academics, he studied at Oakwood School.

Wolfgang Van Halen was with the Van Halen band and gave his fans two albums A Different Kind of Truth in 2012 followed by Tokyo Dome Live in Concert in 2015.

He officially joined Tremonti in 2013 with whom also he appeared in two projects titled Cauterize (2015) and Dust (2016). As of now, this singer is busy with his own band Mammoth WVH and has launched a self-titled album in 2021.

By 2022’s sources, he has an estimated net worth of $20 million. However, his yearly salary is not yet stated.

This creator of the musical band Mammoth WVH is keeping himself away from scandals as well as rumors.

Wolfgang Van Halen’s height is 5 ft 10 inches and his body weight is in average shape. On top of that, he has dark brown hair and eyes in light brown color too.

Wolfgang Van Halen is officially present on social sites such as Instagram with over 371 thousand followers.

Who is Wolfgang Van Halen? Engagement details with Andraia Allsop