Woodkid is a singer-songwriter, music video director who directed for Katy Perry, Taylor Swift, and more.

Woodkid has kept his personal life private and out of the spotlight. He usually doesn’t talk about his private life in media and in public. He hasn’t mentioned his affairs publically and has managed to keep it low profile. There is no record of his marriage and divorce till now. He has not clarified about his married life, affair, girlfriend, and spouse till the present time. He is currently focusing on his work. According to the records, he is possibly single at the present time. 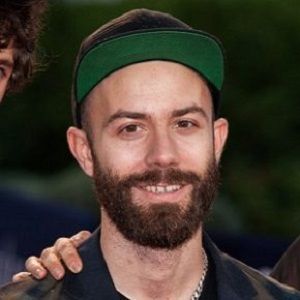 Tell me that we’ll always be together. We’ll be riding horses all the way. ‘Cause, boy, I feel that men are meant to be more than the shadows of each other

We packed our bags and said farewell, untied the knot and raised the sail. We threw our hearts into the sea, forgot all of our memories.

Woodkid is a French singer-songwriter, music video director, and graphic designer. He is best known for his music video direction for Katy Perry’s “Teenage Dream“, Taylor Swift’s single “Back to December“, Lana Del Rey’s “Born to Die” and Mystery Jets’ “Dreaming of Another World“. His real name is Yoann Lemoine, but he is famous for his stage name Woodkid.

Woodkid was born as Yoann Lemoine on March 16, 1983, in Tassin-la-Demi-Lune, France. His nationality is French and is of Polish-Jewish and French ethnicity.

He is the son of a Polish-Jewish mother and a French father. There is no other information about his parents.

He studied illustration and animation at the Emile Cohl School, where he completed his diploma with honors. He then left for the UK to follow a silk screen printing process course at Swindon College. In 2004 Yoann moved to Paris to pursue his career in graphic design.

Yoann began his career with a French graphics and animation studio called H5. After a brief experience at H5, he joined Luc Besson’s crew and worked on the project Arthur and the Invisibles for a year. In 2006 Yoann directed a series of roughs for Sofia Coppola’s Marie Antoinette.

In June 2010, he received two Cannes Lions for his AIDS Awareness campaign Graffiti at the Cannes Lions Advertising Festival. In 2012, Lemoine received the award for Best Director of the Year at the MVPA Awards in Los Angeles. He was nominated for 6 MTV Video Music Awards for his videos for Lana Del Rey, Drake, and Rihanna.

Woodkid: Salary and Net Worth

Woodkid has a height of 5 feet 7 inches. His body weight is not known. He has dark brown hair and brown eyes.

Also get to know more about the birth facts, education, career, net worth, rumors, height, and social media of different personalities like Tyler James Williams, Alison Sudol, and Kevin Abstract.