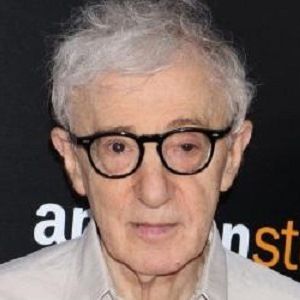 Basically I am a low-culture person. I prefer watching baseball with a beer and some meatballs

My relationship with Hollywood isn't love-hate, it's love-contempt. I've never had to suffer any of the indignities that one associates with the studio system. I've always been independent in New York by sheer good luck. But I have an affection for Hollywood because I've had so much pleasure from films that have come out of there. Not a whole lot of them, but a certain amount of them have been very meaningful to me.

Who is Woody Allen?

Woody is an American actor, writer, director, and comedian. Similarly, he also began performing as a stand-up comedian, emphasizing monologues rather than traditional jokes. Likewise, he has given the world numerous movies and theatrical works which are going to be influential and inspirational for the sheer sense of novelty and ingenuity that they carry.

Woody Allen was born in Brooklyn, New York City, the United States on December 1, 1935, age (83). He is the son of Martin Konigsberg (father) and Nettie Konigsberg (mother). His father was a jewelry engraver and waiter, and his mother was a bookkeeper at her family’s delicatessen. Allen’s childhood was not a very remarkable one – the tempestuous relationship of his parents and the temperamental nature of his mother Nettie left a bad impact on young Allen.

Additionally, his childhood was not particularly happy; his parents did not get along, and he had a rocky relationship with his stern, temperamental mother. In addition, he spoke German quite a bit in his early years. He has a sibling namely, Letty Aronson. Whereas, he belongs to American nationality and Ashkenazi Jewish ethnicity. His birth sign is Sagittarius.

On talking about his education, he changed various schools and educational institutes at a young age before enrolling himself at the Midwood High School. He was not particularly interested in course curriculum and instead showed greater interest in extra-curricular activities.

On talking about his profession, Allen’s career took shape when he was still in high school. Likewise, he also started writing monologues and became a full-time humourist. Additionally, his career took off in the year 1954 when he assisted Caesar in writing scripts for shows such as The Ed Sullivan Show, The Tonight Show, and the rest.

During 1961, he tried his hand at stand-up comedy, his debut being at a Greenwich Village Club, called Duplex. The sharp wit, concise one-liners, and boxer timing helped he bring innovation and style in the genre of comedy monologues. It was due to this that he secured himself regular gigs at the nightclubs and in television.

Likewise, his next took to writing short stories and eventually became a playwright. Likewise, most of the early comic fictions written by Allen have been inspired by the pun-ridden humor of S. J Perelman. Moreover, “Don’t Drink the Water” marked Allen’s debut at Broadway. Whereas, in the next ventures, apart from merely writing the script.

There is no information regarding his income, salary. Whereas, his net worth is estimated to be around $ 80 million according to the sources.

On talking about his body measurements, Woody has a height of 5 feet 5 inches. Additionally, he weighs is 50 Kg. In addition, his hair color is grey and his eye color is Hazel.

Also, read the affair, salary, the net worth, controversy, and the bio of Daniel Henney, Shirley Maclaine, Frances McDormand