Woody McClain is an American actor famous for his comic roles. He has also worked with Kevin Hart. Woody is low-key about his romantic affair. 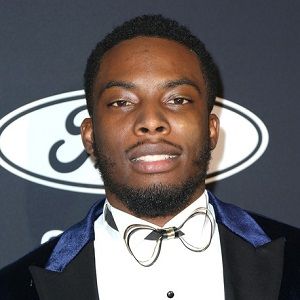 However, he keeps posting pictures of a particular mysterious lady.

Who is Woody McClain?

Woody McClain is an American actor who was nominated for the 2018 Outstanding Actor Award.

Woody McCain was born on May 14, 1989, in Charleston, South Carolina, United States, and was raised in Jacksonville, Florida.

There is no information about his father and mother. his ethnicity is All-American.

From early childhood, Woody had a keen interest in acting, music, and sports. He completed his graduation from HBCU Florida A&M University.

Woody McClain began his career by posting a video on the social media app, Vine. He then started acting and dancing as well.

Besides this, he has also starred in an episode of CBS’ television adaptation of the film Training Day. Recently, the social media sensation also signed with Kevin Hart’s HartBeat Digital production company. He also appeared as a Bobby Brown in HartBeat’s Digital ‘New Edition Story’.

He currently works as an executive producer for his own production, Stories with Kev. In 2018, he was nominated for Outstanding Actor in Television Movie, Mini-Series, Dramatic Special.

His net worth is estimated to be approximately $500k(approx.) His salary is unknown.

Back in February 2017, Woody faced the bird’s special musical, after he tweeted his taste for white girls and that he will take only white girlfriends when he is famous… twitter, twitter, tweet!!

He also revealed his ten years of relationship with a mysterious girl.

Woody McClain has dark hair and dark eyes. His weight is ‎75 kg and height is 5 feet 11 inches.