Woozi is a singer, songwriter, who is in the band named SEVENTEEN.

Woozi’s relationship is possibly single. He has not revealed the details of his girlfriend or affair to the public.

But once, he said, he likes to date a girl who is bright and friendly. 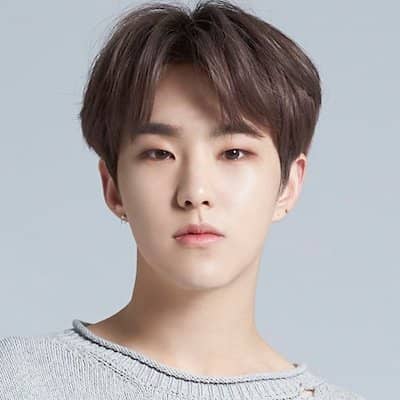 Woozi is a South Korean singer, songwriter, plus producer. He is famed for being in the band named SEVENTEEN.

He is associated with Pledis Entertainment.

The name of his mother and his father is not yet revealed. Woozi’s ancestry is Asian and has an older brother (as per the reports).

Talking about his academics, he has attended Hanlim Multi Arts High School. He also enrolled at Hanyang University Institute for Future Talents.

Woozi was with a group named Tempest but he left it. He is now popular for being with the boy band SEVENTEEN which he joined on 26 May 2015. He is in the vocal team and composed most of the songs for the group.

At present, he has an estimated net worth of around $1 million. However, his salary and other earnings are unknown.

Some of the top Korean singer’s financial worth is,

This star singer is keeping himself away from rumors and is also not surrounded by any desperate scandals.

Regarding Woozi’s body features, his height is 5 ft 5 inches and his body weight is 53 kg.

Moreover, his eyes are black and his natural hair color is black. He dyes his hair in different colors. His waist is 28 inches and his chest is 38 inches