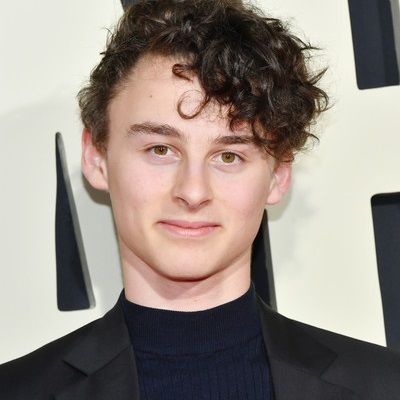 Chicago has always been and will always be my home. It’s always a part of me in some way or another. The people I got to know really helped shape who I was. Coming out to California when I was around seven and being able to take what I got from Chicago to L.A. was really nice. It might take a little more getting used to, but I do love it here.

I’m sure I played a lot when I was younger and it kind of stayed with me, but right now... sometimes I value it over my school work and maybe that’s why I’m not doing my best in school. (laughs) Sorry Mom! But I’m definitely trying to get better at self discipline with that. But uh, back to the subject, I’ve definitely been gaming a lot recently because that’s like one of my favorite things to do. I play with friends a lot and it’s always fun for me to do.

Wyatt Oleff is in a relationship with Erin.

Who is Wyatt Oleff?

Wyatt Oleff is an American actor known for playing Stanley Uris in the 2017 supernatural horror film It.

He played Sam in the post-production short film Oh, Sorry.

He is the son of Doug Oleff, father and Jennifer Oleff, mother. He lived in Chicago until seven years old.

After that, his family moved to Los Angeles. His parents own CHALK Preschools which was originally founded in Bloomington, Illinois.

He has an elder brother Eli and two sisters. He started acting after moving to LA. Likewise, he had an interest in acting from an early age. He talked about being an actor to his parents when he was five years old.

Wyatt got his first acting opportunity for a commercial for Coldwell Banker. After that, he gained a new perspective on the audition process which helped him get new audition dates.

In 2012, he appeared as Young George in Animal Practise. In 2013, he appeared as Oliver Bobeck in Middle Age Rage, Kevuel in Suburgatory, Byron in Shake it Up! and Young Rumplestiltskin in Once Upon a Time.

Wyatt was previously in a Twitter fight with model and makeup artist James Charles. It all started back in October 2017 when James dismissed his latest movie It and called it awful.

After that, James was attacked by Twitter fans and Oleff. Oleff called James opportunist when he created a makeup look of the movie’s villain, Pennywise the Clown.