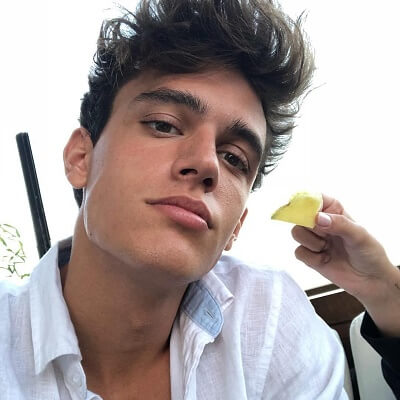 Xavier Serrano is currently single. Previously, he has been in a relationship with Cindy Kimberly. Kimberly is a Spanish model. She became famous after pop sensation Justin Bieber posted her photo on Instagram.

The couple dated for around 3 months. People started guessing about their affair after he posted a video on Snapchat kissing her. They were seen together from May 2016 to August 2016. Since then, Serrano has not been seen dating anyone publicly.

Who is Xavier Serrano?

Xavier Serrano is a Spanish model. He has walked in many fashion shows for famous brands including ‘Dolce & Gabbana’, ‘Givenchy’, ‘Emporio Armani’, ‘Calvin Klein’, and ‘Balmain’. Furthermore, he also featured in magazines like ‘Harper’s Bazaar’, ‘GQ’, ‘Glamour’, and ‘L’Officiel Hommes’.

Xavier Serrano was born on June 9, 1993, in Barcelona, Spain. As of 2020, his age is 26. There is no information about his parents. At Desigual 080 Fashion Week, he was seen with parents. He has not revealed anything about them. However, he has confirmed that he is their only child and he does not have any siblings.

During his childhood days, he wanted to become an actor. Moreover, he also had an interest in athletics and became a track and field runner. Unfortunately, a hamstring injury kept him out for around a month and he quit.

His ethnicity is Catalan.

Talking about his education, he revealed in a 2017 YouTube video that he was studying Economics in a university in Barcelona. However, he has not revealed which university he was affiliated to.

Xavier Serrano had no plans to be a model. Eduardo Sayas, the founder and head of Sight Management Studio spotted him on a street in Barcelona in 2013. He asked him if he wanted to become a model. Serrano accepted and it changed his life.

In 2014, he featured for ‘Vamp Magazine’, ‘Hawaii 1950’ edition of ‘Tetu’, and ‘El Pais Icon Magazine.’ Moreover. he also made his catwalk debut the same month and walked the ramp for brands including ‘Philipp Plein’, ‘Dolce & Gabbana’, ‘Emporio Armani’, and ‘Givenchy’.’

His parent agency is Sight Management Studio. Also, he is managed by IMG in New York, Models 1 in London, Elite in Paris and Milan, YC Models in Brussels, Wilhelmina in Los Angeles, Le Management in Copenhagen and Stockholm, and Kult Australia in Sydney.

Xavier Serrano has an estimated net worth of around $1 million-$5 million. However, there is no information about his salary.

There are no rumors about Xavier. Also, he has not been a part of controversies. He is very focused on his work and career and so far, he has not done anything to harm his image and reputation.

Xavier Serrano stands at a height of around 6 feet 1 inch. Moreover, he weighs around 80 kg. He has brown hair and brown eyes.

You may also like to read the Bio, Career, Net Worth, Body Measurements. Social Media, Relationships, and more of Luis Fonsi, Luke Evans, Clara Alonso, and more.