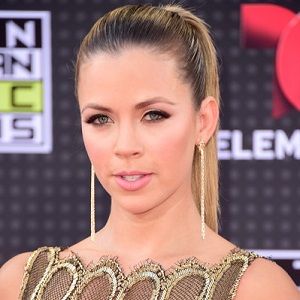 The 32-year-old Colombian beauty, Ximena is a married woman. She tied the knot with her boyfriend Jay Adkins in 2017. The couple started dating in 2016 and later engaged in December that year.

After some time, they also separated. Currently, Ximena and her husband Jay Adkins are enjoying their company and living elegantly.

Who is Ximena Duque?

Ximena Duque is a Colombian actress and model. She came into the limelight after appearing in the El Rostro de Analía. Furthermore, her notable works include Alguien Te Mira and Behind Closed Doors.

Additionally, she has also won a couple of awards which consist Premios Tu Mundo in the category of The Best Kiss, The Perfect Couple, The Best Bad Girl, and Soy Sexy and I know it.

Ximena was born on January 30, 1985, in Cali, Valle del Cauca, Colombia. At the age of 12, she moved to Miami, Florida and grew up there. Talking about her nationality, she is Colombian and her ethnicity is unknown.

From the beginning of her childhood, she had a keen interest in acting and began to learn later. Concerning her education, Ximena studied acting in Miami, Florida after completing her high school.

Ximena began her career from the reality show Protagonistas de Novela. Later in 2005, she started her acting career as Jenny in the telenovela Soñar no cuesta nada. Furthermore, she has also appeared in a couple of telenovelas such as Valeria, El rostro de Analía, Telemundo, and few more.

In 2010, she landed a couple of roles in television shows such as Bella calamidades and Alguien te Mira. Moreover, she has also acted in the 2013 Santa Diabla and 2014 Premios Tu Mundo. Recently in 2017, the Colombian beauty has also played Adriana Zubizarreta in La fan and as Eva in Queen of the South.

Being a famous Colombian star, she earns a decent amount of money from her profession. However, her salary and net worth are unknown.

As of now, Ximena has won a couple of awards which consist Premios Tu Mundo in the category of The Best Kiss, The Perfect Couple, The Best Bad Girl, and Soy Sexy and I know it.

So far, there are not any drastic rumors regarding her personal and professional life. However, she has recently said about her experience when she got a sexual proposal from an executive 14 years ago. Later, she clarified that she chose the long way to success and she has no regrets in her decision. Besides this, she has never faced any controversy in her career to date.