Yadira Borrego is a model, social media influencer, entrepreneur, and YouTuber. She is currently single.

Popular model, Yadira Borrego is presently a single mother of two children. Presently, she lives happily with her children in Miami, Florida, and owns some Pet Bulls dogs as well.

She was in a living relationship with Earl Simmons(DMX). Earl is a well-known American rapper, songwriter, and actor. He is best famed for his debut album It’s Dark and Hell Is Hot.

The couple never married but had two children. Sadly, Simmons died on 9 April 2021. He was the father of fifteen children and had affairs with many women. His death news gave a shock to Borrego. 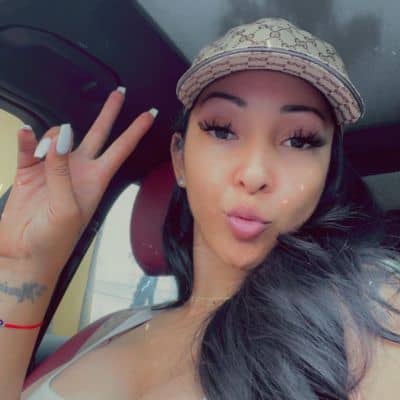 Who is Yadira Borrego?

Yadira Borrego is a well-recognized Cuban model, social media influencer, entrepreneur, and YouTube star as well. Borrego is widely famed for her appearance in hundreds of fashion shows and co-founded the modeling agency Sinsational Attractions.

Moreover, she came into the limelight after knowing her relationship with rapper, Earl Simmons(DMX).

Yadira Borrego was born on 25 May 1986. At present, her age is 34 years old. Likewise, her birthplace is Cuba. Currently, she resides in Miami, Florida.

Not much is known about her father and mother’s details, Yadira has been secretive towards her family details. Moreover, she has not expressed her sibling’s details as well in the public till now.

Talking about her nationality, Borrego holds a Cuban identity whereas her ethnicity is Cuban.

Regarding education, the celebrity completed her graduation from John Casablanca’s Modeling and Career Agency in Miami.

Following her passion from an early stage, Yadira Borrego started appeared in magazines, music videos, and fashion shows by the age of 17. Earlier, she has started her career in the modeling industry. As a young talent, Borrego started working in fashion, parts modeling, print, and runway.

Further, the model picked the 2004 pick of Nelly’s then-new clothing line Apple Bottom’s in Las Vegas, NV. She was crowned as Ms. Florida 2005 and Ms. Miami 2010. As per different sources, it is known that Yadira has appeared in more than 100 fashion shows.

As social media influencers, we can find the star being active on Instagram and YouTube. Yadira owns a YouTube channel named Yadira Borrego and it has more than 1.67k subscribers. She created the channel on 5 May 2017 and has nearly 161k views on her overall videos. Her highest views were earned in her one sensation video that gained 27k views.

Additionally, Borrego is also active on Instagram with more than 208k followers. She has uploaded 279 posts till now and is following 467 personalities.

Moreover, as an entrepreneur, Yadira is the founder of the modeling agency named Sinsational Attractions.

Famous star, Borrego has earned a handsome amount of money from her multiple profession. From her dedication, she lives a lavish lifestyle.

It is reported that Yadira Borrego has an estimated net worth of $1 million as of 2022. Similarly, the model has appeared in music videos, Headsprung. She has also appeared in hundreds of fashion shows as well.

Cuban model, Yadira has never been part of any controversial matter or rumors till now. She has been preoccupied with her professional and personal life.

It seems that Borrego prefers enjoying her personal life and does not want to merge it with her professional life.

Furthermore, Borrego has pairs of brown eyes whereas her hair is black. She has many tattoos on her thighs, arm, back, and shoulder.

Regarding her social media presence, Yadira Borrego is an active personality on social media. Yadira has more than 208k followers on her official Instagram account @yadiraborrego.

She is also active on Twitter and owns a YouTube channel named Yadira Borrego which has nearly 1.67k subscribers.

Nonetheless, Borrego is not available on Facebook at the moment.