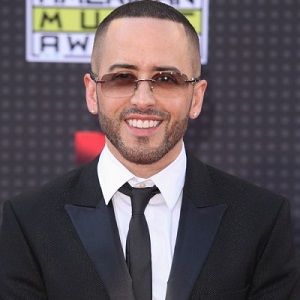 Reggeton has changed very much, musically. It has evolved. The artists have also evolved.

I really want my music to go mainstream.

His past relationship and dating history had not been known to his fans. He had been in an affair with girlfriend Edneris Espada Figueroa for a long time. Their affair lasted long and they subsequently got married on the year 2004 on July.

The couple has two children together. Their first son Adrian Yandel Veguill was born on the 25th of January 2001. Yandel and his spouse had their second son Dereck Adrian on 27th May 2004. They are now having happy married life and there is pretty going relationship between them.

Yandel is a singer and record producer of the musical genre named reggaeton who emerged in the music scene in 1995. He is best known as a member of the reggaeton with his duo members Wisin & Yandel. His first solo album Quien Contra Mí was released in September 2003.

He’s birth name is Llandel Veguilla Malave. He was born on Jan 14, 1977, in Cayey, Puerto Rico. His father’s name is Julio Veguilla.

His mother’s name is Lucy Malavé. He has two siblings, one his younger brother Gadiel who is also a singer, and another is the sister named Linnette. Before he became a singer, he worked as a barber in his hometown.

He met Wisin in his school time and became friends. They began performing as a duo from 1998 to 2013 yrs. After some time They made their album debut in 2000 with Los Reyes del Nuevo Milenio.

They have debut together which bring them to uplift their career to the major label in 2003 with Mi Vida, My Life. So they’re first for Universal subsidiary Fresh Productions. Pa’l Mundo then springs up suddenly to mainstream success in 2005. Subsequently,  by this moment Wisin & Yandel were able to build their own label, WY Records.

Meanwhile, they also presented an affiliate group, Los Vaqueros. In November 2013, after the duo’s Líderes tour, they went on hiatus. Since then he has continued to tour.

Then they were in a gap for some time without any of their albums so that they can focus on their respective solo careers producing their singles. Among several rewards, Wisin & Yandel are the only reggaeton members that have win both a Grammy and a Latin Grammy Award, both awards achieved for their 2007 studio album Los Extraterrestres.

It was certified Gold by the RIAA in 2014. A third album Dangerous was released in November 2015 which was debuted at number-one on Billboard‘s Top Latin Albums and both received Latin certifications by the Recording Industry Association of America (Gold and Platinum, respectively). Currently, he is working on his upcoming album, Update, scheduled to be released during 2017.

He’s education history about his school and universities where he attended is unknown.

He is certified, nominated and also has won various awards.

Yandel: Salary and Net Worth

His net worth with Wisin has been estimated to be 40 million dollars. His solo net worth and salary has not been known yet.

He has once been under the speculations that he was a bi-sexual or gay. He has never been rumored to be dating anybody else which created the rumors. But it was cleared when he married his wife.

There were also different rumors spread that Yandel and Wilson were separating which make all their fans in the sad mood.