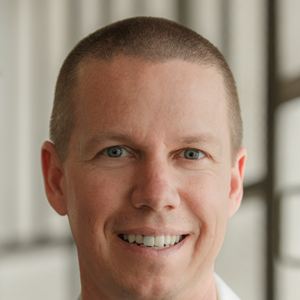 Who is Yarrow Cheney?

Yarrow Cheney was born in the United States of America. He is the oldest of five children. Yarrow has a sister and three brothers. When his parents divorced his family was left with very little money and relied solely on money brought from his mother, Caryn Brady who worked in the Catholic Church as a Youth Group Director and some help here and there from his extended family

Yarro then decided that he wanted to go into animation. He worked for hours making his drawings perfect. By the time he applied for college, he was more than ready to keep up with the workload but was initially rejected from the college of his choice (CalArts) purely through of lack of space for enrollments.

He soon got the Dean of Administrations to accept him. Although Darrow was not quite sure how he was going to pay for college, he accepted the position and set off to tell his family the great news. Yarrow never finished college because, in his 3rd year, he worked on Cats Don’t Dance, for Turner Feature Animation, and then Iron Giant, and Quest for Camelot for Warner Bros. Feature Animation.

During this period, he worked with his friend from college, Carrie Buell.

Yarrow Cheney began his career in 1994 as a Background and Layout artist for MTV’s “The Maxx” while attending California Insititute of the Arts (Cal Arts). In the spring of ’95 Cheney accepted a position as Character Animator on Turner Feature Animation’s theatrical release “Cats Don’t Dance”.

Upon completion of the film, Yarrow gained employment with Warner Bros. Feature Animation where he worked as a Character Animator on “The Quest for Camelot” and “The Iron Giant”. The latter film offered Cheney his first opportunity in computer generated (3D) animation, Upon completion of the film Cheney and his former classmate, Carrie Buell, formed their own company, YCB Animation.

YCB Animation specialized in 2D/3D animation integration. Working out of Santa Monica, the partnership produced broadcast and video work for a&E, Fox Kids, UPN, and the Discovery Channel among others. In the summer of 1999, Cheney and Buell received the Primetime Emmy for Oustanding Main Title Design for their opening sequence to UPN’s animated “Dilbert” series.

In the fall of 2001, Cheney was hired by Sony Pictures Imageworks where he served as Production Designer on their theatrical short “The Chubbchubbs”. The film received the Academy Award for Best Animated Short in 2002. He was canceled after four months leading to his current positions with Universal. Yarrow has served as productions Designer on Universal and Imagine Entertainment’s upcoming theatrical release “Curious George” since March of 2004.

IN 2016, Yarrow co-directed Illumination Entertainment’s The Secret Life of Pets with Chris Renaud, that received positive reviews and became the sixth highest grossing film of 2016.

There is not mentioned about his salary and Net worth to the public.

There has been no such rumors and controversies till date over Yarrow as he never reveals about his personal life and doesn’t speak a lot in the media.

Yarrow Cheney’s has good physic but there are no exact body measurements of Yarrow. He has brown hair color and greenish-blue eye color.