Yasmine Bleeth is an American former actress. She is married Paul Cerrito. 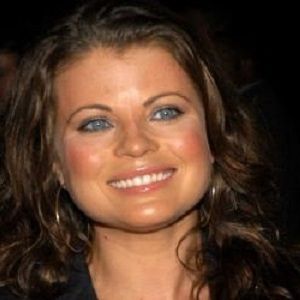 "It was almost like falling in love... It became my boyfriend, my best friend, my family." - on her cocaine addiction (Us Weekly, April 2003)

Every man who's ever fallen in love with me fell hard the minute I cooked a meal for him. It's the way to a man's heart.

Yasmine Bleeth is a married woman. She married Paul Cerrito in 2002.

He is the owner of a strip club. They had first met Paul in December 2000, when she voluntarily entered the Malibu-based Promises Rehabilitation Clinic to overcome a cocaine dependence.

Moreover, they were married in Santa Barbara, California, on August 25, 2002.

Yasmine Bleeth is an American former actress. She is well known for her appearances in ‘Baywatch’, an action drama series, and ‘BASEketball,’ a 1998 sports comedy film.

Yasmine Bleeth was born in New York City, the United States on June 14, 1968, age (50). She is the daughter of Philip Bleeth (father) and Carina Bleeth (mother). Her father was a business proprietor and her mother was a model.

Her earliest known acting role was in a Johnson & Johnson’s No More Tears baby shampoo television commercial at age 10 months in 1969. Then, at the age of six, she also appeared on Candid Camera. Later that year she also appeared in a Max Factor cosmetic advertising campaign with model Cristina Ferrare.

She has two siblings namely, Miles Bleeth, and Tristan Bleeth. Whereas, she belongs to American and mixed ( Russian- Jewish- German- Algerian) ethnicity. Her birth sign is Gemini.

On talking about her education, she graduated from the United Nations International School.

On talking about her profession, during 1980, she was cast in her first film ‘Hey Babe!’ when she was 12 years old. Whereas, her character, Theresa O’ Brian, who lives in an orphanage, wants to attend a school for performing arts but does not get the support from the orphanage.

Likewise, from 1985 to 1989, she also appeared in the soap opera ‘Ryan’s Hope,’ playing a supporting role. Similarly, she was seen in the series ‘One Life to Live’ from 1991 to 1993. Likewise, she also became popular in 1993, after she took up the role of Caroline Holden in the popular action drama series ‘Baywatch’, which was about the lifeguards at the beaches of Los Angeles County, California. Besides that, she also reprised her character in ‘Baywatch the Movie: Forbidden Paradise’, a 1995 television film, and also in ‘Baywatch Night’, a spin-off series, in a guest role.

During 1994, she also played the lead role in the thriller film ‘The Force’. Additionally, she also continued to appear in TV films, such as ‘A Face to Die For’ (1996), ‘Talk to Me’ (1996), and ‘Crowned and Dangerous’ (1997). Similarly, in 1998, she also appeared in the police drama series ‘Nash Bridges’ in a supporting role, portraying Inspector Caitlin Cross.

She was nominated for Razzie Award for Worst Actress for BASEketball (1998). Additionally, she was also nominated for Soap Opera Digest Award for Hottest Female Star for One Life to Live (1968), Outstanding Youth Actor/Actress on a Daytime or Prime Time Serial for Ryan’s Hope (1975). But she has not won any of the awards yet.

There is no information regarding her income or salary. Whereas, her net worth is estimated to be around $ 2 million according to the sources.

On talking about her body measurements, Yasmine has a height of 5 feet 5 inches. Additionally, she weighs is 57 Kg. In addition, she has a measurement of 37-26-38 inches respectively. Furthermore, her eye color is dark brown and her hair color is blue.

Also, read the affair, salary, the net worth, controversy, and the bio of Shelley Duvall, Mary-Kate Olsen, Verna Bloom