Yelloasis is a south Korean Music Artist and Singer. He is single.

Yelloasis is currently assumed to be single. There are no past or present relationship rumors, gossip, or any kind of linkup of him yet. 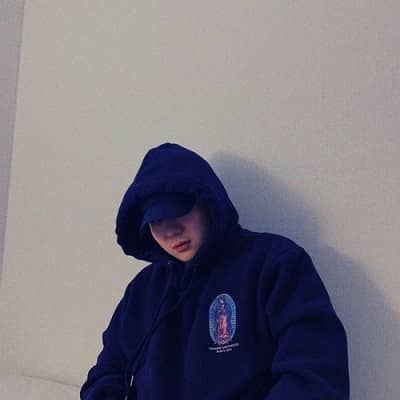 Yelloasis is a south Korean Music Artist and Singer. He is popular for his music albums such as Interior, SEA Chord, and Y&N. He is an R&B and K-pop singer under ADA Korea and Marilyn Monderland.

Yelloasis has not given his birth facts. Looking at his pictures, we can assume that he is in his 20s.

Yelloasis is a South Korean and his ethnicity is not known.

Yelloasis obviously started his musical journey when he was small. Likewise, he has auditioned for several K-pop auditions. Yelloasis collaborated with JUNNY and released his first music album, Interior that consists of popular songs like Rise & Fall, Succes, and Wine.

On November 13, 2020, he released his first solo album named, SEA Chord which includes songs In diva, pretty, flower. Yelloasis has worked with several hidden stars such as Holynn, BriX, and Naked in Black. Moreover, he released his third album along with Nason, named Y&N on October 17, 2021. Some of the music from his third album include Burn it, HURRY, and ACT LIKE DAT.

Furthermore, he is considered one of the hidden gems from K-pop.

There is no information about his financial status. He earns his income from singing songs but the amount is not publicly reported.

All his past days, he has hidden his talent behind the camera. Therefore, there are no rumors and controversies about him.

Talking about his appearance, he has brown color eyes and black-brown hair. Further, there is no detail about his height and weight.

Yelloasis is active on Instagram with over 3.1K followers.