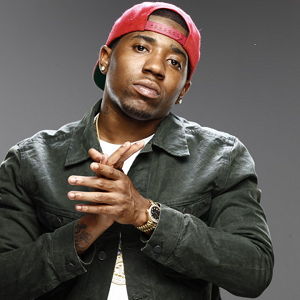 Talking about his love life, he has a son and daughter but didn’t introduce any lady who gave birth to them. It shows that he is an ambitious person with no time for relationships and marriage. He has kept his personal life private and out of the spotlight. Due to his inevitable fame, he came across different celebrities as his girlfriend but without any official announcements. He usually doesn’t talk about his private life in media and public. He prefers people focusing on his work rather than his personal life. He hasn’t mentioned about his affairs publically and has managed to keep it low profile. He has not clarified about his marriage, divorce, affair, and girlfriend. He is currently focusing on his work and it seems like he doesn’t have time for love affairs. His current relationship status is single.

Who is YFN Lucci?

YFN Lucci is a rapper who hails from America. He is mainly popular and recognized for his debut mixtape Wish Me Well. Later on, a song from his second mixtape Wish Me Well 2, namely, Key to the Streets was an instant hit. By far his best was his single “Everyday We Lit.”

He was born as Rayshawn Lamar Bennett on February 16, 1991, Atlanta, Georgia, United States. In this place, he spent his early life with his Jamaican parents who immigrated to the USA.

In his childhood, he grew up idolizing popular artists such as Tupac Shakur, Lil Wayne, Ja Rule, Hot Boys, Jay-Z, The Diplomats, T.I., Young Jeezy and Fabolous. These artists influenced him a lot to have a career as a rapper from a very early age.

Moreover, at the age of 16, he finally decided to take on his talent after receiving encouragement from rapper Johnny Cinco and his older brother.

Focusing on his education and qualification, there is no information regarding it. It seems that he devoted his entire time to become a rapper working on his rhymes and vocabulary.

After that, he released his next mixtape Wish Me Well 2 UnStoppable. Astoundingly, it placed him second on Billboards Trending New Artist chart in February as well as on Spotify’s Rap Caviar playlist.

Moreover, he featured on Kayla Brianna’s Work for It, Lil Durk’s Young Forever, the late Bankroll Fresh’s Dirty Game Remix and TK Kravitz’s No Mind. Furthermore, his single “Every day We Lit” peaked at number 37 on the Billboard Hot 100 in 2017.

Currently, he is steadily going upwards towards his success as a fluent rap artist. He is displaying a lot of potential and improvement in his music with time.  Thus,his salary isn’t revealed but his networth is $300,000 of fortune till now.

In the year of 2016, his name was in the headlines for allegedly sexting with Jerrika Karla. Jerikka was the fiancee of Young Thug at the time.

As a result of this allegations, Young Thug and Lucci were in a social media feud which was under everyone’s attention and concern. Currently, the controversy has settled down and all the attention is towards his music for now.

Beside, this there are no such rumors about him till now.