Yin Shihang Proposed His Girlfriend On A Livestream; Banned From Kuaishou After The Event? 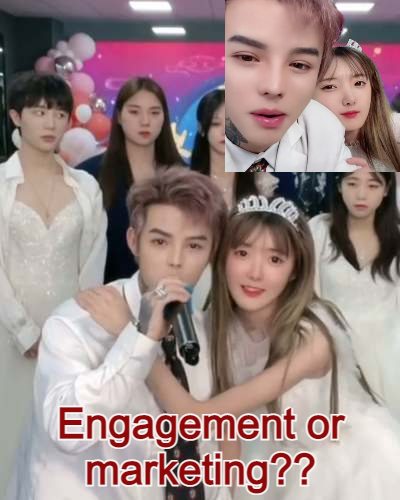 Yin Shihang banned from Kuaishou after his live stream

Yin Shihang is a Chinese social media influencer with more than 8 million followers. Recently, he promised his fan base that he would propose to his girlfriend in a live stream with their followers.

Here is all you need to know about the live stream and the engagement event.

He decorated the room with pink and white balloons. However, it took a while but fans started realizing that the Livestream was not the romantic fantasy that he promised.

On the live stream, he started talking about the products perfume, pajamas, lipstick, necklaces, and mobile phones. As per the local news media, he pitched $7.2 million through in-app purchases. Alongside the sales, the complaints from viewers started flooding in from the viewers.

Some of the viewers said the marriage proposal was just a  deception and crass product placement. In his broadcast on Saturday, the influencer’s live stream got over  2,30,000 complaints on the website. Their engagement event was one of the most trending live streams on the platform. During the live stream, he managed to sell 46.1 million yuan ($7.2 million) worth of goods.

Livestream that was misleading marketing

Though Yin Shihang promised his fans the live stream was all about proposing his girlfriend to be his wife. However, soon into the live stream, fans started noticing it was just misleading marketing.

On Monday, Kuaishou released a statement that the website has banned him for “hype-driven sales,” “vulgar performance,” and false advertising during his broadcast. His fans and followers have witnessed his constant break-ups and reconciliations between him and Tao Lulu.

After the news of Yin’s banishment, there are over 320,000 likes by Wednesday afternoon. Many were happy after the news while some were angry as he still managed to make money out of the live stream.

A day before the live stream, they posted a staged video where she told his girlfriend about the proposal that he promised would happen in the live stream the next day. After the promotional live stream, he is banned from the website and won’t be live streaming now.