YK Osiris’s present relationship is possibly single as he has not revealed anything about his romantic life. Maybe, he does not want to open up about his love life due to his bitter past experience.

On his 21st birthday, i.e., September 7, 2019, he was charged with assaulting his ex-girlfriend. She accused him of chasing her up the stairs, choking her, and biting her face.

Likewise, he was arrested by Fulton County police on the 4th of November for the assault in Georgia. They had a fight after she confronted him about the other girl he was messing up with. 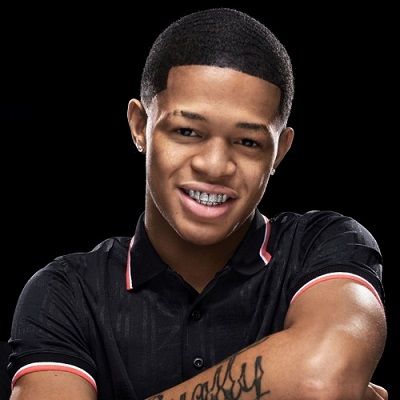 Who is YK Osiris?

YK Osiris is a professional American singer and songwriter. YK Osiris is known for his songs I’m Next and Valentine.

He has a YouTube channel with 1.03 million subscribers and his songs have received more than half-billion views.

Osiris Williams was born on 7th September 1998 in Jacksonville, Florida, US. He featured his mother on Instagram too but the posts no longer exist.

He tweeted a video with his dad and says his father has a good sense of humor. Whilst, his mother’s wedding was in May 2019 and YK walked her down the aisle.

He started creating music as a youngster.

YK Osiris discovered a variety of sounds while growing up but he did not share his sound online until the age of 17.

In 2017, he posted his first song Fake Love before using the moniker YK Osiris. In January 2018, he uploaded the follow up I’m Next.

A few months later, he dropped another song Valentine which amassed millions of streams across platforms like SoundCloud, Spotify, and YouTube.

In July 2018, he released his single Timing directed by Fernando Lugo.

Recently this 2019, he signed up with Def Jam Recordings and released his single Worth It. It debuted at number 87 on the 100 Billboard Hot.

Also on 11th October 2019, he released his album, The Golden Child.

YK Osiris has uploaded a total of 35 videos on his YouTube and his song Worth It gained 66 million views.

Most of his songs average half a billion views.

“I really lost one of my earrings, I’m sick. Please if anybody finds my other earring, can you return them please? I’m never getting another pair again. I can’t believe this s**t.”

Despite being broke, he kept the prize amount of $60K to the one who finds it. I Hope, he finds his diamond ASAP.

While YK Osiris was celebrating his 21st birthday, his girlfriend had an outburst out for some reason. Consequently, he attacked her and was arrested for physical violence.

Osiris has dark hair, a brown body complexion, and black eyes. He is 5 feet 9 inches tall and weighs around 64 kg.