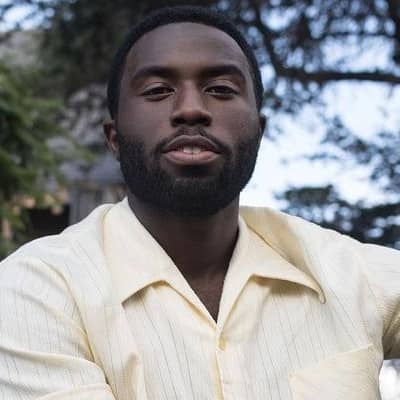 What is the relationship of Y'lan Noel?

Y’lan Noel is a very secretive person when it’s come to his private life. As of now, he appears to be Single. He hasn’t introduced anyone as his girlfriend or lover.

In further days, if he revealed anything regarding his love life then we will update it.

Who is Y’lan Noel?

Y’lan Noel is an American actor by profession. He is best known for portraying the lead role of Dmitri in the 2018 horror film The First Purge.

Noel is currently starring in the HBO television series, Insecure where he was cast in the role of Daniel King.

The actor was born in Brooklyn, New York, U.S. on August 19, 1988. He holds an American nationality and is of Panamanian descent.

The name of his father is Kala Jojo-Starling who was a Philadelphia-based storyteller/educator. However, he hasn’t yet revealed his mother’s details to the public.

Noel has also a younger brother. He spent most of his childhood in Queens until his family moved to Stone Mountain, Georgia.

Moving towards his academics, he attended Morehouse College, and later he was transferred to New York University’s Tisch School of Arts.

In 2012, Y’lan made his acting debut through the short film, ‘The Spartan King‘ where he portrayed the role of Jack. In the following year, he was cast in the lead role of Kutta in ‘The Hustle‘.

Noel made his career big break in 2016 when he was cast in the recurring role of season one of Insecure. Currently, he is starring in season two of Insecure where he is portraying the role of Daniel King.

Similarly, Noel made an appearance in numerous films such as,

To date, Noel has managed to maintain his clean profile in the public. He has not been part of any sorts of rumors and controversy that could hamper his personal and professional life.

The actor has an estimated net worth of around $1 million throughout his successful acting career.

However, her salary, yearly income, and other assets are still under review.

The actor stands at the height of 5 feet 10 inches and his weight is around 85 kg.

He has curly black hair color and black pair of eyes as well. Further, his other body measurement is still under review.

Noel is active on Instagram where he has uploaded only three posts till now.