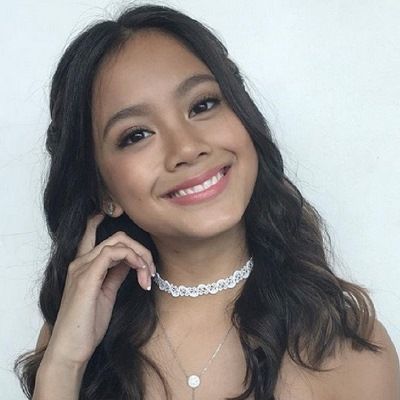 What is the relationship of Ylona Garcia?

Ylona Garcia is not married yet and is also not dating any boy at present.

She seems to be focused on her career and so isn’t having any relationship now.

If there is any detailed info about her relationship status then I’ll be updated.

Who is Ylona Garcia?

Likely, she became an international sensation following her appearance on the first part of the second special season of ABS-CBN’s reality show ‘Pinoy Big Brother’ in 2015.

Ylona Garcia was born in Sydney, Australia on February 28, 2002.

As of 202, she is 19 years old. Her father’s name is Peter Garcia and her mother’s name is Caridad Navalle-Garcia both of whom are practitioners in the medical field based in Australia.

She has five siblings, but the names are unknown. Ylona holds Philippine -Australian citizenship, but her ethnicity is unknown. Her birth sign is Pisces.

Talking about Ylona’s education history, there is no information about her educational achievements.

Talking about her profession, Ylona Garcia was already on her way to becoming a household name in her country when she successfully auditioned for the opportunity of being a housemate for the first part of the second special season of ABS-CBN’s reality television series ‘Pinoy Big Brother’.

She easily won over the judges with her singing, acting, and dancing demonstrations as well as with her “confidence and candid remarks”.

Entering the house on the second day of the competition, she penned two original songs, ‘Win the Fight’ and ‘Magmahal Muli’.

Similarly, she managed to survive four eviction nights as a nominated housemate and eventually emerged as one of the four finalists with 19.84% of the public vote.

She left the house soon after only to return to the house in the second part of the season alongside fellow finalists Franco Rodriguez, Jimboy Martin, and Bailey May.

She was ultimately the season’s first runner-up, while Jimboy Martin won the competition.

Then, after ‘Pinoy Big Brother’, Garcia played Audrey Oliver in ABS-CBN’s romantic comedy television series ‘On the Wings of Love’ (2015–16).

Since 2015, she has been hosting ABS-CBN’s musical variety television show ASAP. In the year  2016, Garcia’s debut studio album, ‘My name is Ylona Garcia’, was released by Star Records.

It went on to receive a Gold certification. During 2018, she was cast as Tadhana Tabayoyong in ABS-CBN’s romantic drama television series ‘Sana Dalawa ang Puso’.

Garcia has won numerous awards. She won the Most Promising TV Star Award at the 2015 Star Cinema Awards.

That year, she also won the Female Breakthrough Artist of the Year Award at RAWR Awards and the Female Celebrity of the Night Award at the 29th PMPC Star Awards for Television.

Talking about her net worth, and the salary she has earned that sum of money from her professional career.

Ylona Garcia has no rumors or controversies in her reel as well as in real life.

Ylona has a height of 5 feet 3 inches and her weight is unknown.