Updated On November 24, 2022 | Published By: Donald Golden
Share this
Single 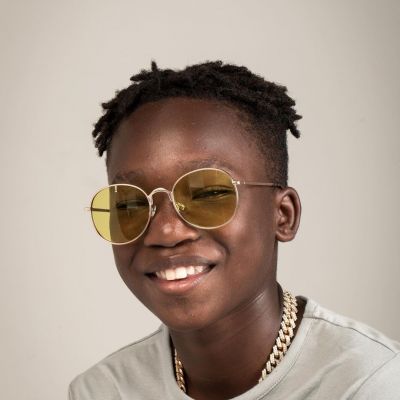 What is the relationship of YNW BSlime?

Talking about his love life, Brandon Don aka Ynw Bslime is presently single and he is not dating anyone.

He is too young to involved in any kind of relationship or love affair. Bslime is currently pursuing his studies and is focused on shaping his career.

Moreover, he has not revealed any of his relationship or affairs news to the public. It seems he is very private in nature and does not prefer to share his details with the media and public.

Moreover, he is also renowned as the brother of famed and controversial American rapper, YNW Melly.

Likewise, his birthplace is Florida, the USA.

YNW is the son of his mother, Jamie Demons-King whereas his father’s details are still unknown.

Moreover, he has two siblings among which one is famed rapper, Maurice Demos aka YNW Melly.

It is believed that the rapper and his siblings are raised by his single mother.

Talking about his nationality, BSlime holds an American identity whereas his ethnicity is African American.

Regarding education, the famed personality has not revealed his education information to the public.

He might be pursuing his higher education in the local high school in the town.

Professionally, a young rapper, YNW began his music journey in October 2018 when he got an opportunity to perform freestyle rapping at the New Era recording studio.

In the year 2019, BSlime performed for the first time on stage at the Rolling Loud music festival along with fellow rapper, Yung Bans.

The same year in July, YNW published his debut official single named, Hot Sauce. IT was produced by PCrisco and DJ Chose. The song gained popularity in a quick time.

Further, it was produced by ForeignGotEm and Yung Shad.

The song has high popularity on YouTube and SoundCloud. Very soon, YNW paid tribute to his rapper brother with the song titled, Free Melly(YNW Melly Tribute).

Well, it raised the popularity of both stars and helped them stand out from the others in the contemporary music scenario.

Going on, he published his next single, Gucci Belt on 3 September 2019 which was produced by Yung Shad.

The famed rapper then released several tracks among which one is Just Want You.

BSlime again banged the music industry releasing his first studio album, Baby GOAT on 15 November 2019. Moreover, some of his songs on the album are Like That, Wipe Your Eyes, Anti, Dying For You, Halo, Homework, and Nobody Else.

How much is the net worth of YNW BSlime?

A Young talented rapper, singer, and YouTuber, BSlime has earned a handsome amount of money from his multiple profession.

He has been involved in the music industry from an early age.

YNW has never been part of any controversial matter or rumors till now.

However, his brother, Melly has been in some sort of scandal.

Moreover, Melly was caught in possession of marijuana on 30 June 2018. He had also weapons along with him.

Again, he got arrested for the same reason on 3 January 2019 in Fort Myers.

He was accused of the 1st-degree murder of 2 members of his YNW crew in the year 2019. Melly shot his friends rappers, Anthony Williams, and Christopher Thomas.

In the contrast, BSlime has kept his clean profile and prefers enjoying his personal life.

How tall is YNW BSlime?

He stands at a height of 5 feet 3 inches. Also, he has a balanced body weight of 48 kg.

Furthermore, BSlime has black eyes as well as his hair is black. His body measurement is 32-24-30 inches(chest-waist-hip) respectively.

YNW wears a shoe size of 7(US) and his biceps size is 20 inches. The star has a dark complexion with a slim body figure.

Regarding his social media presence, YNW BSlime is an active personality on social media.

He is also active on Twitter with around 6.9k followers.

He owns a YouTube channel named YNW BSlime and has more than 822k subscribers at the moment.

Moreover, BSlime is also available on Facebook at the moment.