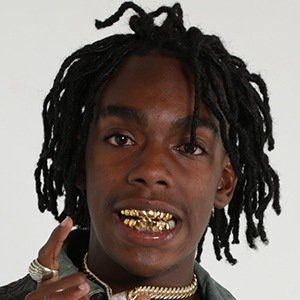 Also, possibly the couple is engaged. Because when he wished her on her birthday, he captioned, “Happy birthday again I love you 🌏💚💍 @im_dat_redbone” And the caption has a ring as well!

Who is YNW Melly?

The famous rapper YNW Melly is a singer and songwriter from Gifford, Florida. Similarly, he is famous for his single Murder on My Mind. Recently, on 13th February 2019, he was arrested and charged with two counts of first-degree murder.

He was born Jamell Maurice Demons on 1st May 1999 in Gifford, Florida, the U.S. Similarly, his age is 22 years old. He was born to native Ohio parents Jamie Demons and Donte Taylor.

Likewise, he was raised by a single mother and she gave birth to him when she was 14 years old. Similarly, he grew up in the Brierwood apartments with his mother and grandmother. His nationality is American and his ethnicity is mixed with African-American.

Talking about his education, he is a high school graduate as he studied at the Vero Beach High School.

He started his career in late 2017 when he released his first project an EP called Collect Call. It contained features from numerous well-known artists including Lil B and John Wicks. Similarly, in the year 2018, he released his single Virtual, Melly the Menace, and Slang That Iron.

Likewise, some of his other singles are 4 Real,  Butter Pecan, and Medium Fries which have 26, 16, and 11 million views on YouTube respectively. In August 2018, he released his debut album I Am You that appeared on the Billboard 200 at number 192.

he released his second commercial mixtape which consists of 16 tracks named We All Shine. Similarly, it featured collaborations with Kanye West and Fredo Bang. Furthermore, his most streamed song is Murder on My Mind.

The name of YNW Melly has not been linked with any awards any nominations yet. There is no information about him being nominated to any awards either.

He has a net worth of $100 Thousand. He might earn a huge amount of money from his music career. But he has not revealed his salary and income. His involvement in criminal activities affected his music career.

Similarly, again the police arrested him and charged him with two counts of first-degree murder on 13 February in connection with the October 2018 shooting. He shot his friend’s rappers, Anthony Williams and Christopher Thomas. Likewise, it was found that he took the help of his friend rapper Cortlen Henry and made it appear as if they were injured in a drive-by shooting. So, they drove the victims to the hospital.

Talking about YNW Melly’s body measurements, he has a height of 5 feet 8 inches and weighs around 68kg. His hair color is black and he has dark brown eye color.

You may also like to read education, early life, career, affairs, body stat, and social media of Kiari Cephus(offset), Common, and Talia Sagginario