Yoko Ono is a Japanese artist, singer, songwriter, and peace activist. She was married to English singer-songwriter John Lennon. She has two children. 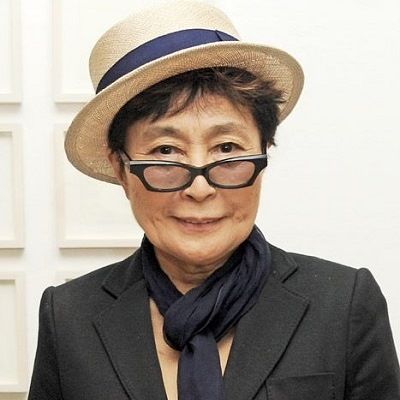 When I met John I was at the point of disappearance, in the eyes of other people and myself. Where could I go after I'd done the silent music and they still didn't catch up on it? You see, the things that I did then I feel were in a field that no one has really touched on yet. I think I had something to offer but people did all sorts of things to misunderstand me and I was very lonely. I just can't stand that loneliness and always being at the point of disappearing. So I'm quite a happy screaming and all that, making my presence clear, and it's a healthier thing to do.

If John was still alive we would have retired to Cornwall. He said we would be sitting in rocking chairs together, waiting for a postcard to come from Sean.

It'd be good if we loved each other and would give some focus to each other, and weren't afraid of being passionate. To have a relationship that is pure and passionate and beautiful - I think people are scared of having that now. Especially guys.

Yoko Ono married Toshi Ichiyanagi in 1956. Sadly, the marriage was short-lived and the two separated in 1962, after which she was admitted to a mental hospital briefly for clinical depression.

Then, she married Anthony Cox in June 1963. Then, the couple had a daughter, Kyoko Chan Cox, in August 1963. This marriage too did not work and they divorced in 1969.

Her third marriage to founder member of Beatles rock band, John Lennon, (in March 1969), saw a series of break-ups and patch-ups after he got involved with his personal assistant, May Pang.

Then, the couple had a son, Sean Taro Ono Lennon, in October 1975. Whereas, the relationship ended with Lennon’s murder in December 1980.

Moreover, she was reported to having a romantic affair with Sam Havadtoy, a Hungarian dealer of antiques, which ended in 2001.

Who is Yoko Ono?

Yoko is a Japanese-American multimedia artist, singer, songwriter, and peace activist. Whereas, her work also encompasses performance art, which she performs in both English and Japanese, and filmmaking.

Yoko Ono was born in Tokyo, Japan on February 18, 1933, and she is currently 87 years old. Her father’s name is Yeisuke Ono and her mother’s name is Isoko Ono.

Her father was transferred to San Francisco two weeks before her birth and hence, was able to meet her only when the family shifted to the US in 1935.

Talking about Yoko’s education history, she attended the Gakushuin School. Then, she attended Keimei Gakuen primary school. She enrolled in Sarah Lawrence College but left midway in 1956.

Talking about her profession, her loft events held on Chamber Streets caught the attention of leading New York’s avant-garde artists, which won her an opportunity to work with leading musicians, such as Karl-Heinz Stockhausen, George Maciunas, and Nam June Paik.

Yoko Ono also performed her first seminal act, ‘Cut Piece’ in Tokyo, which was well-received. She repeated her acts in Manhattan and London, in 1965 and 1966 respectively, which made her a sensation in the art world.

In the year 1966, she made an artistic ad film ‘Bottoms’ after 365 friends and volunteers agreed to get their naked buttocks photographed, as part of an experiment with performance art. She met John Lennon at the preview of her art exhibition in London in 1966, with whom she collaborated on several musical and artistic projects.

Whereas, they formed their own band, Plastic Ono Band, in 1969 and launched their first album ‘Live Peace in Toronto 1969’. Moreover, a year later, Ono recorded her first solo album ‘Yoko Ono/Plastic Ono Band’ which was listed at #182 on the US charts.

Therefore, her ‘Cut Piece’ act at the Sogetsu Art Center, Tokyo, in 1964, where she invited the viewers to cut off pieces from her clothing using scissors, became a cult piece of conceptual and performance art.

She has an estimated net worth of around $600 million (as per 2020 data) and she has earned that sum of money from her professional career.

There was a rumor about Yoko’s death. Currently, she is far from rumors and controversies.

Yoko Ono has a height of 5 feet 3 inches. Additionally, she weighs is 50Kg. In addition, she has a measurement of 34-24-35 inches. Her hair color is black and her eye color is dark brown.