Adams was married to Troy Mason in 1987.

But their marriage relationship could not last long and got broken down in 1990 cause of spousal abuse.

Then Adams tied the knot with former NFL player Tim Crawford in 1997.

The couple got divorced in August 2004 after seven years of their relationship.

The couple had been blessed with one daughter namely Taylor Adams Crawford born in 2001.

Currently, She is living a single life and has no rumors of having an affair. 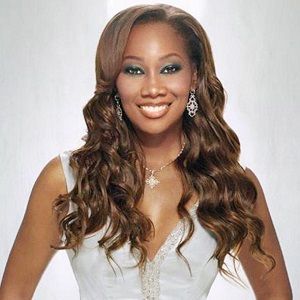 It's not just about getting a song on the radio or appearing on television. It really is about helping people change their lives one day at a time.

Good food is healthy food. Food is supposed to sustain you so you can live better, not so you can eat more. Some people eat to live, and some people live to eat.

The more I grow, and the older I get, the more I am enjoying my life and know how precious it really is.

Who is Yolanda Adams?

Similarly, she is popular for her appearance in The Gospel, Ride Along 2, Sunday Best, and so others.

Yolanda was born as Yolanda Yvette Adams in Houston, Texas, the United States on  August 27, 1961.

There is no information on her siblings.

There are no other relevant records and information currently available regarding her childhood and family background.

Yolanda attended Sterling High School located in Houston and graduated from there in 1979.

After graduation, she joined Texas Southern University for higher education.

Yolanda initiated her career as a part-time model and schoolteacher in Houston after being graduated from Texas Southern University.

She then left teaching and worked full-time as a lead singer.

She was able to get the attention of Thomas Whitfield and Sound of Gospel Records as a lead singer with Houston’s Southeast Inspirational Choir.

In 1982, the choir released the single “For My Liberty” with Adams as the featured vocalist. She got appeared in the music video Give Us Peace in 1986.

Later on, she contracted with Sound of Gospel which helps her release her first album Just As I Am in 1987.

Ben Tankard had discovered her and contracted with her for his independent label Tribute Records in 1990. She got released Through The Storm song.

She has appeared in several music videos like “The Battle Is The Lord’s”, “More Than a Melody”,  “Gotta Have Love”, “Songs From The Heart” and so others.

Adams got a Christmas album released in 2000 and a live album (The Experience) in 2001.

She has also provided her voice in the 2003 film Honey entitled “I Believe”.

She also had become a judge to support independent artists’ careers for the 2nd annual Independent Music Awards.

Moreover, she got her first book Points of Power published in 2010.

She also hosts her own show “The Yolanda Adams Morning Show”.

Yolanda Adams: Salary and the Net worth

However, Yolanda is supposed to earn an enormous amount of her salary but currently has not been disclosed.

She has an estimated net worth of $5 million.

In spite of being such a diva, there are currently no relevant data and records available regarding her rumors and controversy since it has not been yet revealed.

Yolanda has a height of 6 feet 1 inch with approximately 63kg body weight.

Her body measurement is recorded to be approximately 36-26-35 inches.

She has got a black eye color and highlighted blonde color hair.

Her shoe size is 10 US and her dress size is unknown.

Also get to know more about the birth facts, education, career, net worth, rumors, height, and social media of different personalities like Brandy Norwood, Grace Jones, and Ledisi.