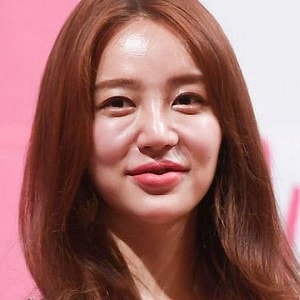 Yoon Eun-hye is living her single life. She has managed to keep her personal life secret after being so popular and successful. She might be focusing on her career and might be looking for her perfect match to get married.

Who is Yoon Eun-hye?

She was born on October 3, 1984, in Seoul, South Korea. She is currently 34 years old. She has got a sibling named Yoon Ban-suk. She has not mentioned her parents. Yoon dreamt to become an actress since her childhood. She holds South Korean citizenship and her ethnicity is Asian.

She attended Kyung-Hee Cyber University which is an online institute and later joined Chung-Ang University to study Film Arts.

She was associated with a girl band ‘Girl V.O.X.’ in 1999. She became a sub-vocalist by replacing another band member. In 1999, the band debuted with ‘Come Come Come’ and delivered hit singles like ‘Get Up’ and ‘Killer’.

She made her acting debut in MBC’s ‘Princess Hours’ and she was signed as the main lead and people fell in love with Yoon’s talent and beauty. Her performance in KBS ‘The Vineyard Man’ in July 2006 became more successful. She played the role of tomboy in the MBC’s drama ‘The 1st Shop Coffee Prince’ and was loved by her fans. She portrayed the role of a hot-headed rich businesswoman in ‘My Fair Lady’ on KBS in 2009. The show became successful but her acting was largely criticized.

She played a smart government official in SBS’s hit ‘Lie to me’ in 2011 and played in MBC’s ‘Missing You’ where her performance as a victim of sexual abuse won her critical acclaim.

She debuted her directing in ‘The Knitting’ which was her college assignment but the movie was screened at the 17th Busan International Film Festival in 2012 and later competed in the Korean Short Film Competition.

It is believed that she has earned a tremendous amount of money from her professional career but her exact net worth is still unknown.

An unknown person sprayed a mixture of soy sauce and vinegar in her eyes in order to blind her but, she refused to file a police report considering the injury was minor.

She accused of ripping off fashion designer Yoon Choon Ho’s design and claimed that he was taking advantage of her fame to gain media attention.

Her former managing company ‘Eight Peaks’ accused her of being irresponsible online and after her reputation was being damaged, she canceled her contractual agreement with the company and later joined ‘Kraze Entertainment’.