Young Bae divorced her previous husband in between the Black In Crew series.

Bae was married to a man named Rob, with who she lived together in the show. The two had a son Niko but the two broke up after being together for a while. 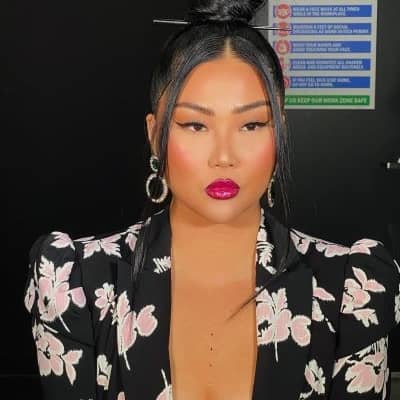 Who is Young Bae?

Her appearance began in season 5 and thereafter she has continued featuring in the seasons which is running till season 9.

Young Bae was born in Seoul, South Korea, on 9 October 1984. Her zodiac is Libra and she is 37 years old. She belongs to the Korean ethnicity and holds Korean nationality.

Introducing her family, she was raised by a father of violent hand abusive nature. The mother had a sole responsibility to nurture her two daughters.

Though we are given information about her family their identity is not revealed. No name details of her sister, other siblings, if any, and parents are available.

It wasn’t easy for a young mind to see her father turning abusive and cope ahead with acceptance. She had a troublesome childhood, faced crisis, and tears but ultimately looking at the mother, the two sisters were career-oriented.

During an episode of Black Ink Crew, she faced her father for the first time and wanted him to accept the fact what he did was wrong.

Bae attended Chugye University for the Arts in South Korea and graduated from there but her previous high school details and others are not available.

To begin with her career, her journey started the day when she decided to move to New York city carrying less than $100 dollars. Sources said her empire of dreams started with her $80 dollar money.

Remarkably, she is one of the most famous tattoo artists in NYC. Her journey started the day she decided to scrub tattoo shop floors so that she could learn tattoo artists’ skills for free and sustain herself in the town.

Now she is the owner of Diamond Tattoos since 2009 and has craved tattoos for famous stars, models, and influencers as well.

She was featured on Big Fish Entertainment’s present VH1 TV series Black In Crew from season 5. She made appearances in a supporting role in Season 5 and starred from season 6 to season 9.

She earns millions through her tattoo carving skills but her exact riches details are unavailable. She leads a lavish life along with her child.

There are no reported rumors and controversies to date. She managed to keep herself away from such news which impacts her personal and professional life.

She has a height of 5 feet 8 inches and has an average body weight. Her hair color is black and her eyes are black.

She has a curvy body of fair complexion which she decored with tattoos like a snake on her right thighs and also flowers on her left arm.

For further business inquiries, her email address is [email protected]

The youngest contestant from Abby’s Ultimate Dance Competition, coming up with amazing hit Singles- This is Jojo Siwa a Dancer, singer, and actress popular for her signature look-Bows!