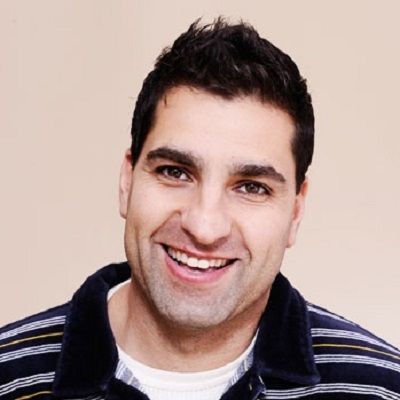 ''I've finally felt enough pain to actually have a voice. My career never really took off and maybe it was for the better. I've stayed hungry and kept improving. I've been and independent filmmaker for 25 years and I have to say it's not an easy life. There's a lot of sacrifice to the gods of craft. I have no idea what's in my future but as of a recently I only work on things I love. After all these years I've earned the right or... maybe it's cause I stayed in the game long enough to not give a fuck.''

Shirin is an actress by profession. She has also appeared in the movie Filly Brown.

They have been happily married and blessed with a child whose name is unknown.

Who is Youssef Delara?

He is best known for his work on the movie Filly Brown and The Bounce Back.

Delara was born in Los Angeles, United States of America.

He began his education in the art of film at Loyola Marymount Film School, LA where he focused on directing. In addition, he also pursued coursework in photography at Art Center College of Art and Design, California.

He later went on to produce visual effects for Star Trek: Voyager. Then he also directed sequences for the popular Star Trek feature films Generations and Insurrection.

It had powerful drama loosely based on his experiences living in Los Angeles. The film went on to win Best Feature awards at the Newport Beach, Boston Latino, Orlando Latino, Portland Pine and the Santa Fe Film Festivals.

The story tracks the journey of a street rapper from unknown to the precipice of pop stardom and although the powerful family story caters to the burgeoning 3rd generation American Latino audience it is steeped with original underground hip hop music.

Filly Brown was selected for Dramatic Competition in the 2012 Sundance Film Festival.

In 2013, Delara directed and edited Enter The Dangerous Mind, a twisted psychological thriller. The disturbing film stars, Nikki Reed, Scott Bakula, and Jason Priestly and tracks the mind splitting journey of a psychotic EDM musician moments before going on a horrific killing spree.

The film centers on the journey of a self help love guru novelist and a clinical psychologist who became a media sensation after butting heads on national television. Complications arise when the two ideological opposites fall in love.

He was producer, director, and screenwriter of the 2016 movie The Bounce Back. Delara developed a piece of powerful one-hour music-driven dramatic television series with BET. He also directed a courtroom drama and true story, Foster Boy released in 2019.

How Much Does Youssef Delara Earn?

The American director’s net worth is around $500 thousand.

His movie Filly Brown earned $2.9 million in the box office.

Similarly, The Bounce Back earned $0.4 million.

You may also know about net worth, body measurement and career of Max Joseph, Alice Evans(British Actress), and Jackie Goldschneider