Meet YouTuber Jamie Bateson! All you need to know about his career, girlfriend, relationship status and family!

Updated On November 7, 2022 | Published By: shahid | In Interesting Facts , Lifestyle , Relationship
Share this 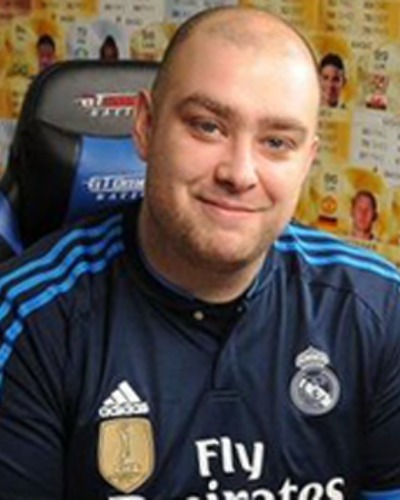 YouTuber Jamie Bateson is 32 years old now. He was born on 26 January 1987 in Kendal in England in the United Kingdom. Information about his family and siblings is limited. He holds a British passport and he has not revealed his ethnicity in any videos or websites.

As regards his education, no details are forthcoming. There is absolutely no information on his high school and college education.

Jamie created his YouTube channel Bateson87 channel on 22 December 2008. But for nearly 3-4 years, he did not upload any videos on this channel. Then on 25 March 2012, he put up his first video which featured FIFA 12.

He began posting more of such gaming videos and soon his subscriber strength increased. He currently has over 2.0 million fans following him on his channel. An American company expressed interest in investing in his channel and after that, Jamie took to this online work full-time.

Jamie also owns a Bateson87 Twitch channel on which he live-streams. On this channel, he has more than 330 k followers.

Jamie also collaborates with other British FIFA gamers such as Wroetoshaw and KSI. They feature in some of his videos.

In 2017, Jamie joined the Lightning Pandas as a brand ambassador. Jamie is active on multiple social media platforms. He started work with this new team to produce engaging content.

We're delighted to welcome the main man himself, @bateson87, to the Lightning Pandas. ⚡️🐼https://t.co/Ye7qwKK0og pic.twitter.com/sAhv2tPGLq

Jamie had said at that time:

“I’m really excited to join the Lightning Pandas, as I take my first official step into the esports industry.

“As someone who is extremely passionate about the competitive FIFA community, I can’t wait to get started.”

In the past, Jamie used to work as an HGV vehicle mechanic for Stagecoach in Kendal. The esports manager at Kairos, Rahul Uppal praised Jamie thus:

“Bateson is one of the most passionate and involved members within the FIFA community and I look forward to working with him.”

Jamie Bateson and his relationship status? Does he have a girlfriend?

A thorough search of the internet fetched no results related to Jamie Bateson’s relationship or girlfriends. It is not known whether he is married or in any relationship with a partner. His sexual details are also not revealed. Jamie is probably single but we cannot rule out a secret romantic alliance.

Jamie prefers to keep his private life under wraps. He is more focused on his professional front and life and this is what is mainly in the limelight.

He has not been spotted in any public place with a girlfriend. Unfortunately or fortunately for him, his love life has made no headlines. There are no rumors or controversies related to it.

Jamie Bateson is a British internet sensation and YouTube gamer who is most famous for uploading streams live to Twitch. More Bio…