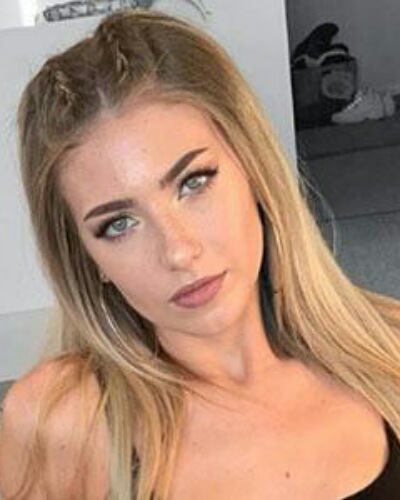 Everything on the internet is not always true. People fake a lot of things on it be it location, relationship, looks, body physique and the like. YouTuber Natalia Taylor proved this again when she uploaded photos on her social media. She made it look like she is in Bali in Indonesia. But the truth was that the pics were clicked in Ikea store.

Natalia Taylor and her fakeness on social media

YouTuber Natalia Taylor had happily and cheekily uploaded snaps on her social media. The photos gave the impression that she is enjoying her time in Indonesia at the exotic destination of Bali.

In one of the pictures, Natalia was lying in a fancy bathtub in a white robe with a towel wrapped around her head. And in another picture, Natalia was in front of a mirror with a floral print with a baby blue wall phone in the background. It looked like she was in a fancy luxurious and hence an expensive hotel of Bali. She captioned this Instagram post:

“The queen has arrived,”

And the location on the post read: Bali, Indonesia. And on her Instagram story, Natalia also posted videos of Bali; some her friends had sent to her and some she herself got from the internet.

The YouTuber posted the make-believe photos on her Instagram. But some time later, she uploaded a video on her YouTube channel. And in this video, she revealed the truth. She said that her location was not Bali and that she had staged it in Ikea store.

But in the video, Natalia clarified that she had played this fictitious game so that people become aware that it is possible for someone to fool others on the internet. And that they should not get carried away by it. Further, she wrote:

“Sometimes, people want to lie about who they are. It’s not hard to do.”

Additionally, she revealed that photographer Ally Amodeo and Natalia herself had done these photo shoots in the nearby Ikea showroom. She said that Bali seemed to be the perfect and exotic place to fake a vacation in and thus lie to all her followers.

Natalia clarified that she was not in any way trying to cheat her fans. She just wanted to make a point and bring home a message. She told CNN:

“Today it is easier than ever to become anyone you want. That’s wonderful! But with great power comes great responsibility. As we all know, not everyone is transparent online.”

“We could all use a fun reminder to take social media less seriously. And don’t believe everything you see online.”

The reaction of Natalia’s Instagram fans to the Bali pictures

Natalia has over 300k fans on her Instagram. And most of them were impressed by the ‘fake’ photos. The post got tens of thousands of likes. One of her fans wrote:

“She really out here living her best life.”

But one of them was eagle-eyed and noted something strange-an Ikea price tag on a chair which was reflected in the mirror.