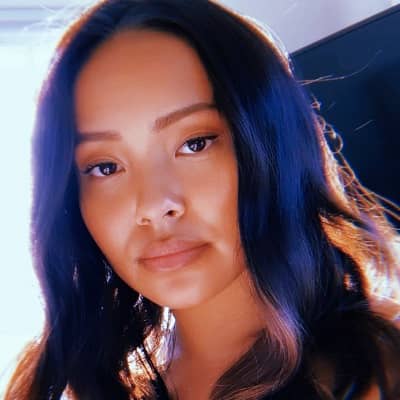 As Ysa is just 21 years old and is currently single and she is not dating anyone. Still, she is very young to focus on her career.

Penarejo has many role models as well. She is motivated by actors including Dakota Fanning, Shay Mitchell, and Chloe Grace Mortez.

Ysa Penarejo is a well-reputed Filipino-American actress, model, and songwriter as well. Penarejo is recognized for her roles in ‘Mckenna Shoots for the Stars ‘ and the TV miniseries ‘Project MC2’.

Also, she has published the famous iTunes single “LIKE Not LOVE”.

Ysa Penarejo was born on 29 March 2000. Presently, her age is 21 years old. Likewise, her birthplace is San Diego, California, the USA.

Penarejo is the daughter of her father, Alexander Penarejo whereas her mother’s name is Shirley Penarejo. Further, she has a twin sister as well named, Reese Penarejo.

Talking about her nationality, Ysa holds an American identity whereas her ethnicity is mixed(Filipino- American).

Not much known about her educational background, the star has not revealed her exact institutional information till now.

Filipino-American actress, Ysa Penarejo started learning dance from her childhood. She was coached in ballet, lyrical, contemporary, modern, jazz, and hip-hop of dance. At the same time, Ysa started auditioning for commercial advertisements as well.

At her early age of 8, Penarejo appeared in her first commercial: a campaign for a girl’s jewelry line. She has also performed in some brand endorsements like ‘Justice’, ‘Sears’, ‘Marshalls’, ‘Old Navy’, ‘Kohl’s ‘, ‘Target’, ‘Kraft Macaroni & Cheese’.

With her involvement in commercials, Ysa was also involved in acting class. Penarejo was highly supported by her mother. Afterward, Penarejo got a character in the 2012 ‘American Girl’ movie ‘Mckenna Shoots for the Stars ‘. The star portrayed the role of ‘Toulane Thomas, ‘ the best friend of the main character, ‘McKenna Brooks’.

In the same year, Ysa emerged opposite Missi Pyle in the TV movie, ‘Prodigy Bully’. Similarly, she has emerged in a recurring role in the ‘Netflix’ native series ‘Richie Rich’.

In the next year, Penarejo earned one of the biggest acting projects in the year 2016. 21 years old, Ysa starred in the ‘Netflix’ hit show ‘Project Mc2’. It had earned The ‘Emmy’-nominated show starred the star as ‘Camryn Coyle ‘, a brilliant mechanical engineer.

A multi-talented personality, Penarejo has also composed songs. She has published her native pop anthem, ‘Like Not Love’. The song is accessible on ‘iTunes’.

21 years old personality, Penarejo has earned decent income from her multiple profession till now. Her main source of income is from the acting and entertainment industry.

It is reported that Ysa Penarejo has an estimated net worth of $500 thousand.

However, the star has not disclosed her exact earnings, salary, and assets details to the public.

A well-known personality, Ysa Penarejo has never been part of any controversial matter or rumors till now.

Penarejo has kept her profile clean. It seems that she wants to enjoy her personal life and does not want to merge it with her professional life.

Beautiful actress, Ysa Penarejo has not just a prominent career but also gorgeous looks and an awesome personality. Penarejo stands at a height of 5 feet and 3 inches.

She has a balanced body weight of 55kg. Furthermore, her body measurement is 33-24-33 inches (chest-waist-hip) respectively.

Ysa wears a bra size of 32A. Her shoe size is 5 (UK). Additionally, she has got brown eyes as well as dark brown hair.

About her social media presence, Ysa Penarejo is an active personality on social media. She has more than 82k followers on her official Instagram account @ysapenarejo.

Moreover, Penarejo is also active on Facebook with around 3k followers.

She is available on Twitter as well with 4k fans and supporters.