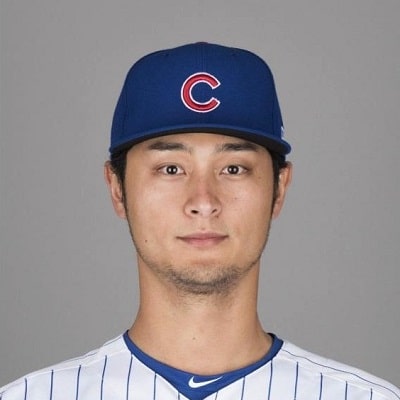 What is the relationship of Yu Darvish?

Yu Darvish is a married person. Previously, he dated his girlfriend, Japanese actress, and model, Saeko made their relationship public in August 2007.

Later he announced that she was pregnant with his son and they tied their knot on 11 November 2007.

But he and his wife could no longer stay together. Their divorce was finalized on 18 January 2012, the same day Yu Darvish signed with the Texas Rangers.

The couple announced their relationship on 30 July 2015 and Yamamoto gave birth to their son on 29 July 2015.

Who is Yu Darvish?

Yu Darvish is a Japanese baseball player who is currently a starting pitcher for the Chicago Cubs of Major League Baseball. He previously had played for Texas Rangers and Los Angeles Dodgers.

Who are the parents of Yu Darvish?

He was born on 16 August 1986 in Osaka, Japan. He was born Farid Yu Darvishsefat. As of 2021, he is 35 years old. Darvish was born to Iranian father Farsad Darvishsefat and Japanese mother Ikuyo.

He is not the only child of his parents and has two siblings- brothers Kenta Darvish and Sho Darvish.

Darvish holds Japanese citizenship but his ethnicity is unknown.

He attended Gakko Hojin Nankogakuen Tohoku High School in northern Sendai where he was the ace pitcher.

He started playing baseball by leading his team to four straight appearances in national tournaments after becoming an ace pitcher in his first year.

His skills attracted both national and international attention including that of the Atlanta Braves, Los Angeles Dodgers, Anaheim Angels, and New York Mets. But he intended to play for a Japanese professional team.

Later, he joined Hokkaido Nippon-Ham Fighters from 2005 to 2011. He joined the American baseball team Texas Rangers of the Major League Baseball (MLB) in 2012 and played for the team until 2017. He teamed with Los Angeles Dodgers in 2017 and on 13 February 2018 signed a six-year, $126 million contract with the Chicago Cubs.

What is Yu Darvish’s net worth?

He has a height of 6 ft. 5 inches and weighs 102 kg. Darvish has dark brown eyes and black hair.