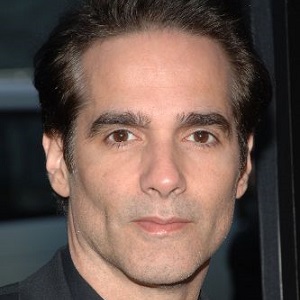 “My wife and I volunteer for the Guide Dog Foundation, and we have two giant labs.”

What is the relationship of Yul Vazquez?

Yul Vazquez has been married to the famous actress Linda Larkin since May 18, 2002. She is an American and television actress and she is famous for her voice of Princess Jasmine in ‘Aladdin’. The couple doesn’t have any child so far.

Who is Yul Vazquez?

Yul Vazquez is a Cuban-American actor and musician. He is famous for his performance in ‘Runaway Bride’ in 1999, ‘War of the Worlds’ in 2005, ‘Captain Philips’ in 2013, ‘The Infiltrator’ in 2016, etc. He also worked as a lead guitarist for melodic rock bands Urgent’ and ‘Driving For Pearls’.

He was born on March 18, 1965, in Cuba. She is currently 53 years old. He has not mentioned his parents, siblings, and childhood. Yul holds American citizenship and his ethnicity is Hispanic.

There is no information available regarding his educational history.

What is the net worth of Yul Vazquez?

He has an estimated net worth of around $1 million as of 2022, and his main source of income is her professional career.

Yul has not been involved in any rumors and controversies in his personal and private life.

What are the body measurements of Yul Vazquez?

He has a height of 5 ft. 11 inches but his weight is unknown. He has got black hair and blue eyes.