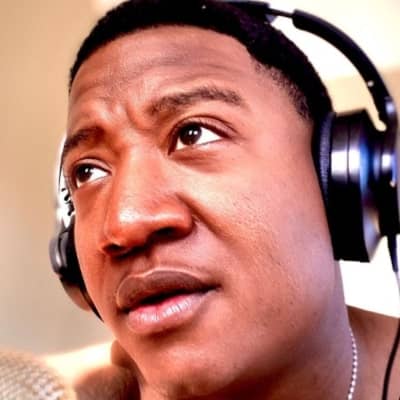 Yung Joc is currently engaged to his longtime girlfriend and fiance Kendra Robinson. He dropped the question on the season finale of Love & Hip Hop Atlanta. He also posted it on his Instagram.

Kendra is an attorney and owns a law firm known as Robinson & Associated. She attended Kentucky State University where she graduated with a BSc degree in mathematics. Furthermore, she went to the University of Louisville’s Brandeis School of Law.

Before Kendra, he was married to Alexandria Robinson in 2001. However, they didn’t last. The couple had three children then divorced in 2014. Back then he has affair with four other women and currently he has eight children namely Amoni, Amir, Chase, Ja’Kori, Eden, Allon, Cadence, and Camora.

Who is Yung Joc?

He was born in Atlanta, Georgia, United States, so he holds an American nationality and he belongs to the African-American ethnicity.

Speaking of his family background, his father’s name is Stanley Tucker but his mother’s name has not been revealed. His father is the owner of the hair-care product company.

Also, there are no known details on his siblings. Other information on any of his relatives or cousins is not known either. But it seems he was raised up in an understanding housing.

Regarding his studies, the name and information of the institution are not yet given at the moment.

However, it is known that he aspired to be a basketball player back in his teenage days but his parents objected to his idea of it. Later, he followed in his father’s footsteps and found his own passion to become a rapper.

Yung Joc began his career as a rapper in 2005 after he collaborated with Nitti Beatz and released his first hit song ‘It’s Goin Down’.

The song gained a lot of listeners and got hit and ultimately it landed on the desk of Sean “Diddy” Combs. Before his career began, he first wrote his first rap when he was young for Revion.

After his fame, he got signed to the label ‘Bad Boy South’ and issued his debut album titled ‘New Joc City’. Then he released his single ‘I Know U See It’.

This song as well as the song ‘It’s Goin Down’ gained a lot of popularity and reaches #3 and #17 respectively on the Billboard Hot 100.

In 2007, he released his second album named ‘Hustlenomics’. This album included the tracks ‘Bottle Poppin’ and ‘Coffee Shop’.

Then his career boosted up slowly. In 2008, he got featured in the songs ‘So Fly’, ‘Get Like Me’, and ‘Beep’. In 2009, he released a mixtape ‘Grind Flu’ on his label website Swagg Team Entertainment.

Later, he released his single ‘Yeah Boy’ from his album titled ‘Mr. Robinson’s Neighbourhood’. The rapper launched his first official single ‘I Got Bitches’ second single ‘Features’ for his third album in 2014.

In the year 2014, he was cast as a supporting member in VH1’s reality show ‘Love & Hip Hop: Atlanta’. After that, he took part in ‘Leave it To Stevie’ which is still going on.

He was also featured in Danity Kane’s song ‘Show Stopper’. Yung competed in the first season of VH1’s Scared Famous which was premiered on October 23, 2017.

Currently, he is into influencing the younger generation. He even began driving for a Rideshare Company to influence the youth and show them that any job is big and there’s no shame in doing any type of work.

Yung has won an award once under the title ‘Hip-Hop Track of the Year’ for his song ‘It’s Goin Down’ at the BET Hip Hop Awards. Further, he has been nominated numerous times throughout his career.

Yung Joc earns a pretty decent amount of money based on his popularity and his job as a Rapper. His net worth estimation is around $8 million. The exact amount of his assets are not given yet.

His main source of income is his Rap music career and Television shows. He lives quite a comfortable and luxurious life.

The rapper has been quite involved in several rumors and controversies.

Yung Joc and Gucci Mane were the center of a controversy after the release of the latter’s song ‘Fuck The World’. In the song, Gucci sang,

‘I got all eyes on me like Pac did, but I ain’t tryin’ to go broke like Joc did’.

This triggered Joc and he responded by saying that Mane is an expert getting his name in other’s mouths and he said “I ain’t trippin’, I know what my financial situation is.”

Joc made the headlines back in 2009 as it was announced that he was about to sue Block Entertainment and Bad Boy Entertainment for unpaid royalties. Three years later, in 2012, these labels along with the rapper were sued by Master Mind Music, a local Atlanta record label, for copyright infringement.

Once it was reported that he got $70,000 worth of equipment stolen from his recording studio along with his upcoming album’s hard drive. Those never got released.

Joc sued his manager, Polo Hammond, for hiring a lookalike to perform in Joc’s place and keeping half of the profits from the gig. He believes that this has caused a violation of his rights as a public figure. He charged Hammond $6,000 on national TV on the show “Judge Faith”.

Joc stands tall at the height of 68 inches (5 feet 8 inches) and weighs 67 kg (148 lb). Other information on his body measurement such as chest size, waist size, hips size, shoe size, etc is not available as of now. He has a healthy and fit body and an inspiring personality. Likewise, he has short black hair and a pair of dark brown eyes.

Yung Joc is active on some of his social media. He is available on Instagram as ‘@joclive‘ with over 1.2m followers. Also, he is active on Twitter under the username ‘@IAMYUNGJOC‘ and has gathered 165.7k followers. On Facebook, he is online by his own name ‘Yung Joc‘.