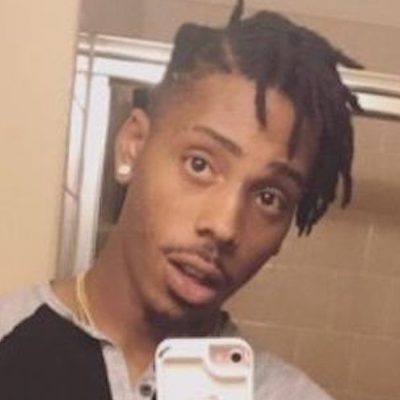 Yung Poppy’s relationship status is possibly taken. As per the sources, he is dating a girl named Frankie Zia.

His girlfriend is a Viner and IG star.

Previously, he was in two years of an affair with @sancherielalloo from 2018 till 2020. He also romanced with Racquel Ramcharan.

Who is Yung Poppy?

Also, he is on other social networking sites such as Vine (Yung Poppy) and Snapchat (Yungpoop).

His birthdate is 25 March 1994 and he was born in San Diego, California, the United States as Michael Steen II.

The name of his mother, father, along with academics, are not disclosed. Yung’s ancestry is All-American and has two sisters.

Yung Poppy as a singer has sung songs titled If You Want a Burger, Fawked Up, Honorable, FGP, Riots, My Way, and more.

Yung is a popular face of the digital world. His amazing fictional & real-life situations videos on YouTube are loved by the viewers.

Moreover, he created his channel in Feb 2014 and has around 359 subscribers.

Some of his most viewed videos are were KIESHA GOES TO JAIL…PART 2, Hit That Kiesha ( OFFICIAL MUSIC VIDEO!!!), Kiesha Red On A Road Trip, New Version Of ” If You Want A Burger…”, and more.

This musician is popular on Instagram for his comedy content. On this platform, he has about 1.8M followers.

This web world star is currently in jail. He was arrested in 2018 and will be served there for 12 years. In this year, it was said that Yung supplied drugs to a woman whose health condition became fatal later.

She was 33 years old and passed away due to a drug overdose. Due to further investigation, police found heroin and M30 Oxycodone pills in the demised woman’s room.

After going through her phone, they found a contact named Yung. The authorities later did a sting operation and arrested Yung Poppy, He said he had 144 Oxycodone pills, marijuana, a scale, and $8,300 which led him to find guilty by the Federal District Court.

Yung Poppy’s height is 5 ft 6 inches and his body weight is 74 kg. In addition, he has dark brown eyes and his hair is dark brown.