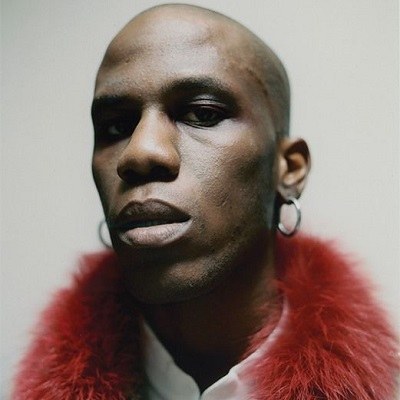 Is Yves Tumor Single or Dating?

Yves Tumor’s current relationship status is single. There is no information about his previous relationship.

As of now, he is focused on his career as a music producer.

Who is Yves Tumor?

Enigmatic and aesthetic personal, Yves Tumor is an American experimental electronic music producer. He is renowned for the studio album, Serpent Music.

Last, on the 3rd of April 2020, he released his latest album, Heaven to a Tortured Mind.

He was born Sean Bowie in Miami, Florida, the U.S. Later, he was raised in Knoxville, Tennessee. Growing up in the environment of Knoxville was not pleasant for him.

Details about his father, mother, and education are not available yet. However, he completed his college in Los Angeles.

He is of All-American ethnicity.

At the age of 17, he developed a keen interest in music. At the time, he also started making music too. Music became one of his way to get away from his dull and conservative surroundings.

Also, he learned to play many musical instruments that including drums, guitar, bass, and keyboards.

When he was 20, he met the rapper, Mykki Blanco in San Diego. Later, he joined Blanco on a music tour and traveled to many countries in Europe and Asia.

On the 2nd of July 2015, Yves Tumor released his studio album, When Man Fails You independently. In September 2016, he signed with the PAN recording label.

Under the recording label, he launched his second studio album, Serpent Music along with 12 tracks.

Following that, he signed with the Wrap recording label. Later, on the 5th of September 2018, he made his Warp debut with the album, Safe in the Hands of Love.

Apart from the studio albums, some of his include Noid, Licking an Orchid, and Kerosene! Also, he has been featured in the album Mykki Blanco Presents C-ORE by Mykki.

Recently, he launched his latest album, Heaven to a Tortured Mind under the Wrap recording label. In the album, he is featured playing the role of sex god.

Apart from that, he also earns royalties for his music albums. Besides that, he makes his appearance in music videos too.

To date, he has not been part of any sort of controversy and rumors that created a buzz in the media.

Yves Tumor has black eyes with a clean-shaven head. Details regarding his height and weight are not available yet.

He also has a self-titled YouTube channel with 13.2k subscribers with 2.1 million views.