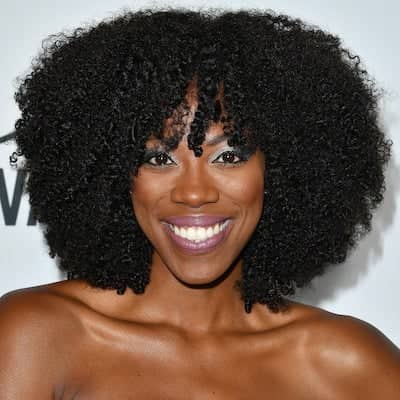 What is the relationship of Yvonne Orji?

Yvonne Orji’s relationship status at present is possibly single. She has not shared the details of her affair and boyfriend yet.

She was previously dating a guy named Emmanuel Acho. He is a former NFL player and an ESPN Analyst. She introduced her partner in May 2018 and their affair lasted for a year.

As Orji follows Christianity, she believes in being a virgin. She once said she will lose her virginity only after her marriage.

Regarding this, she talked about the reasons in a YouTube video titled “The wait is sexy”.

You may like to read: What age did these celebrities lose their virginity?

Who is Yvonne Orji?

Yvonne Orji is a Nigerian-American actress and comedian. The public noticed her acting on Insecure (2016), Night School (2018), and First Gen.

Her upcoming project titled Vacation Friends is under post-production. Her short video, 30 Days Notice as Taylor is completed.

She was born as Yvonne Anuli Orji on 02 Dec 1983 in Port Harcourt, Nigeria. The name of her mother is Celine but her father’s name is unknown.

Yvonne’s ancestry is Nigerian and talking about her academics, she attended Linden Hall School for Girls and then George Washington University.

From the latter, she first achieved her BA in liberal arts, and after this, she passed out with a master’s degree in public health.

Yvonne Orji’s parents wanted her to be a doctor, lawyer, pharmacist, or engineer. But she chose the entertainment industry and is now one of the popular faces.

Her first presentation was in the TV series Love That Girl! (2011) as Njideka. She was then seen in Sex (Therapy) with the Jones as Moshinda, The Conversation: Talk Show Series as Host, etc.

But her popularity is linked with a comedy series named Insecure. In this, she played the character of Molly Carter for 33 episodes from 2016 till 2020.

For her role, Orji was nominated for Outstanding Supporting Actress in a Comedy Series by Primetime Emmy Awards.

Besides acting, she is also involved in charitable works. Orji has worked with Population Services International (PSI), JetBlue for Good, and other NGOs.

She also went to Liberia to aware people about teen pregnancy and HIV/AIDS and other healthy behaviors.

At present, her net worth is around $500 thousand (estimated). However, her salary and other earnings are unknown.

This Insecure actress is keeping herself away from rumors and is also not surrounded by any desperate scandals.

Regarding Yvonne Orji’s body features, her height is 5 ft 6 inches and her body weight is 57 kg.

Moreover, her eyes are dark brown, her natural hair color is black, and has a dark skin complexion.

Yvonne is available on social sites. Her Facebook and Twitter accounts have over 258k and 188k followers respectively.